Acrobatic gymnastics is a non-Olympic sport, where exercises polished with musical accompaniment and choreographic elements, are executed in partnership. 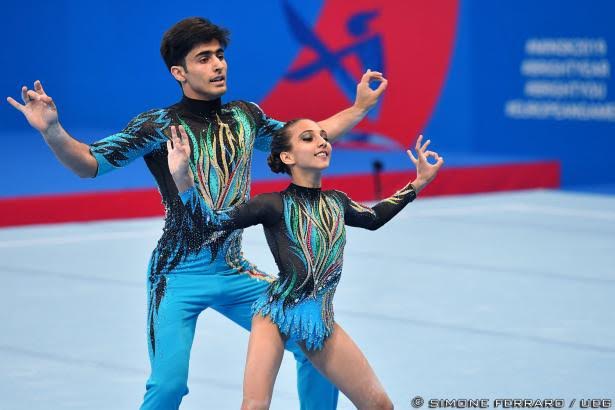 The performances of pairs and groups must include human pyramids created by gymnasts and must be held for three seconds. The judges assess the artistry, execution and difficulty of exercises which include static, flexibility, lifting, holding, throwing, somersaulting, dynamic and tumbling elements.

The International Gymnastics Federation (FIG) has special rules for difference in heights of partners in Acrobatic Gymnastics. During the competitions, the height of each gymnast is measured and the compliance of height of partners is evaluated. In case of incorrect height requirement, the relevant points are deducted in accordance with the FIG rules.

The beauty of Acrobatic Gymnastics lies in its spectacular routines executed with special skills and ease. 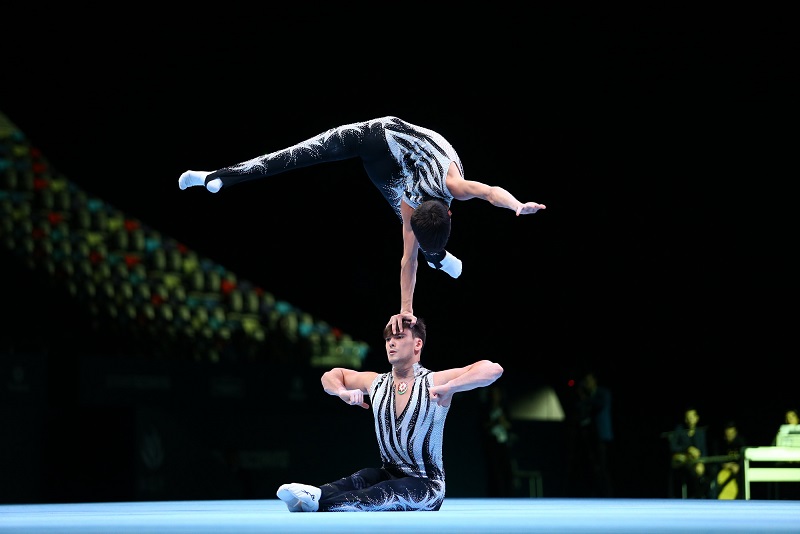 Acrobatic Gymnastics in the world

Acrobatics has existed in some way for millennia. It predates the organized Gymnastics found in ancient Greece and Rome. Similarly, China had a tradition of Acrobatics since the Han Dynasty, when Acrobatics was a part of harvest festivals. 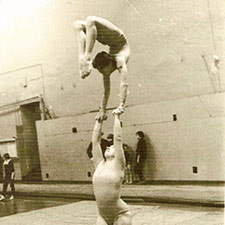 In Europe, Acrobatics was used as entertainment for the upper class in the Middle Ages, when troupes of acrobats, tumblers and jugglers travelled from town to town to put on displays in circuses.

At the beginning of the 20th century, two directions were formed in Acrobatics. The first was Acrobatics on the apparatus used in circus performances (trapeze, ropes, etc.), and the second was the pyramids and tumbling. They were initially used only to show the efficiency of the human body. Later, Acrobatics developed and evolved into a competitive sport.

The emergence and development of Acrobatic Gymnastics in Azerbaijan date back to the 30s of the last century. In 1939, Baku hosted the official Individual Acrobatics Championships. In 1958, brothers Bahram and Elshad Narimanov’s won the 3rd place within Men`s Pair at the 6th All-Union Summer Spartakiad of Trade Unions in Moscow and the 3rd place at the USSR Championships. 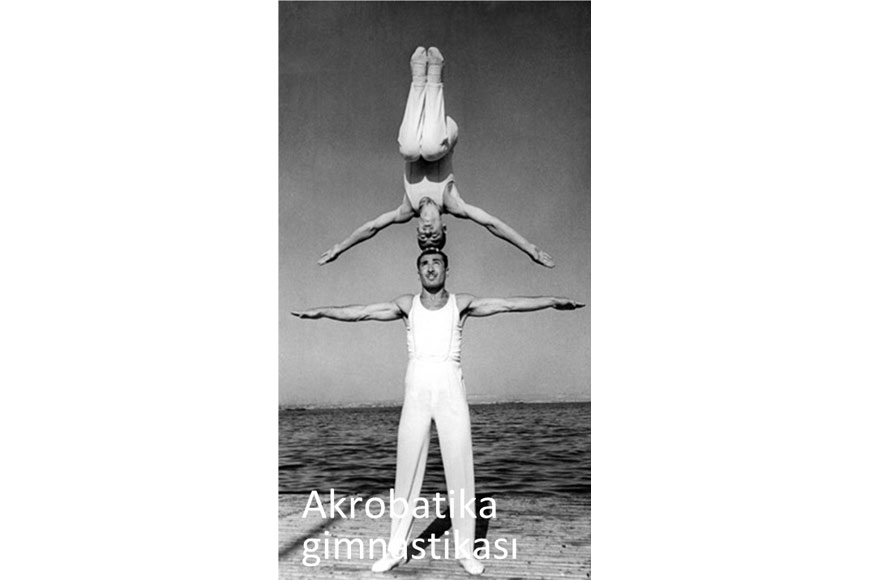 At the Acrobatic Gymnastics events within the framework of the 2009 World Games, Women's Pair consisting of Ayla Ahmadova and Dilara Sultanova won the Silver medal in the final of Combined exercises. That same year, our Women`s Pair was honored with the title of the European Champion for the Dynamic exercises. By winning the “Silver” and “Bronze” medals for the Balance exercises and in the All-Around Final accordingly, they completed one set of medals at the European Championships.

At the 2nd European Games in Minsk (Belarus) in 2019, gymnasts of the Acrobatic Gymnastics National Team - Ruhidil Gurbanli and Abdulla Al-Mashaykhi competed within Mixed Pair - won the “Silver” for Dynamic and Combined exercises, as well as the “Bronze” for their Balance routine accordingly under the leadership of Head Coach Irada Gurbanova. 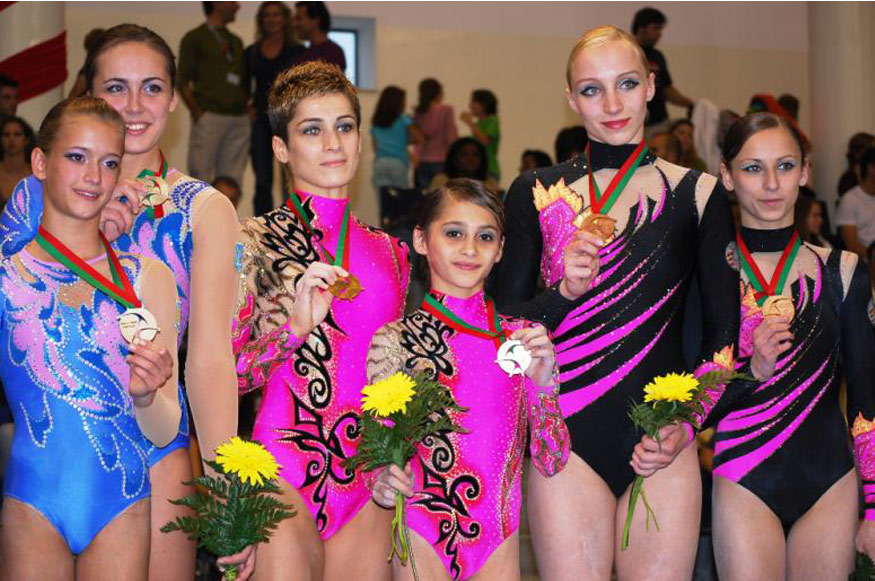 Our senior gymnasts have distinguished themselves with their performances and become the prize-winners of the World Cups and other international competitions held at different times. 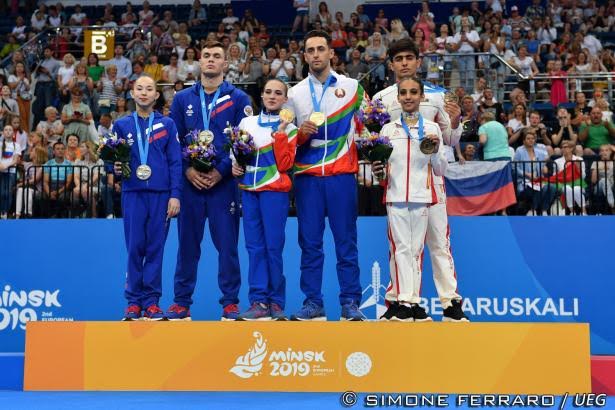 Our junior and age group acrobats have repeatedly distinguished themselves on the international arena as well: 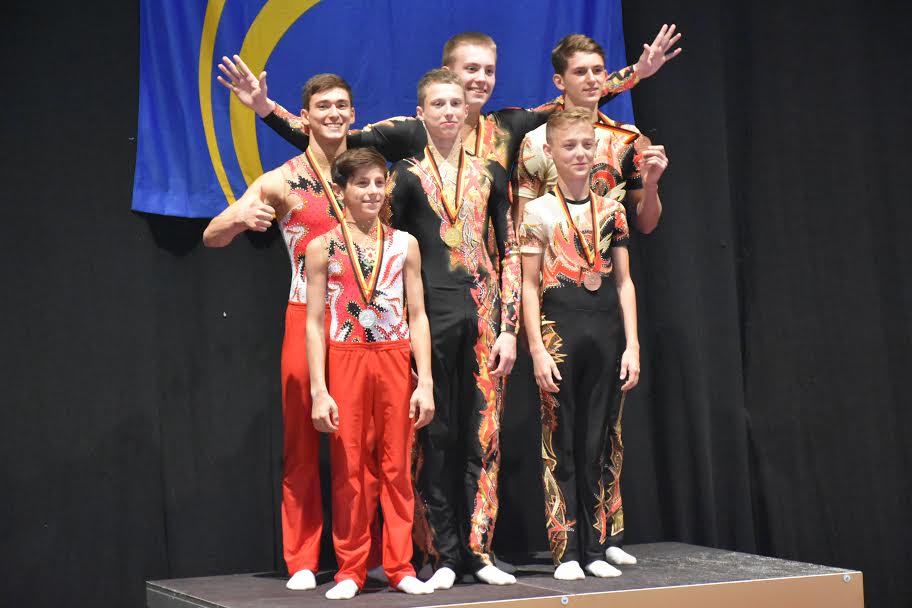 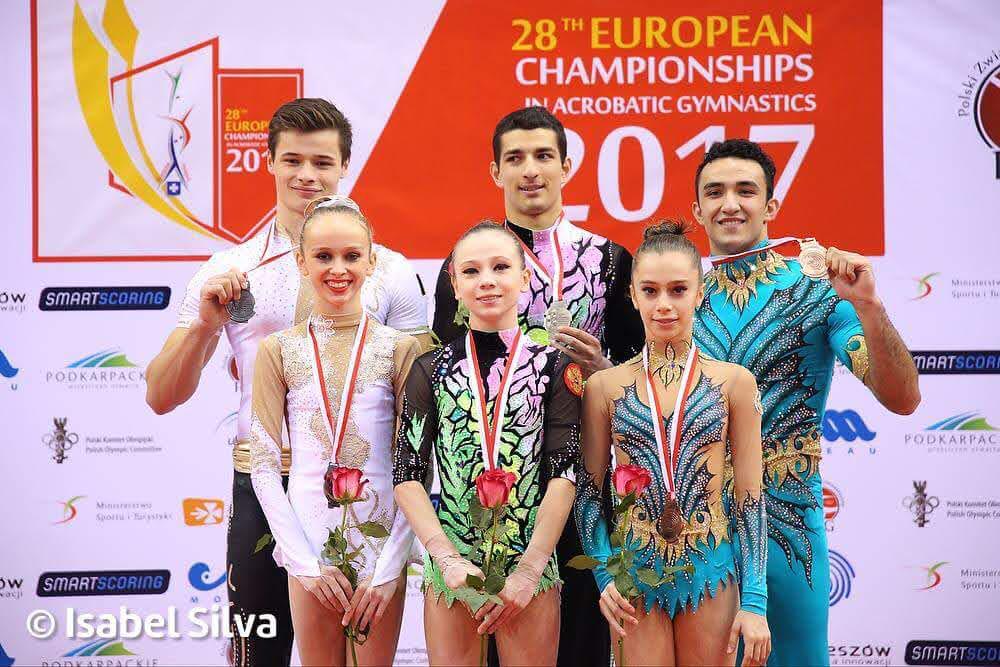 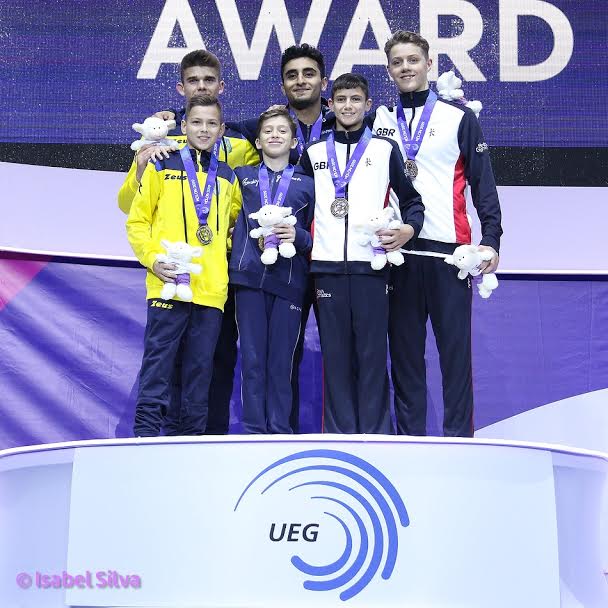 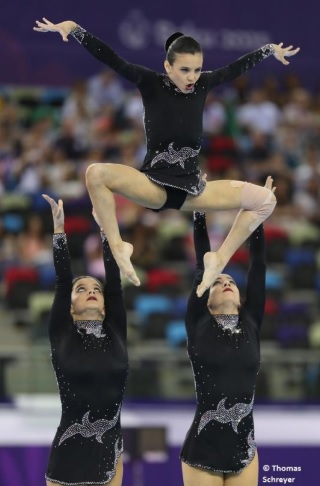 Along with the success of gymnasts on the international arena, the competitions in Acrobatic Gymnastics held within the framework of the 1st European Games in Baku, hosting of the Acrobatic Gymnastics World Cup here for the first time in 2018, facilitated the further popularization of this discipline in our country.

One of the main directions of the AGF’s activity is educating of specialists in this discipline and raising the level of their professional skills on a regular basis in our country. For this purpose, the Federation periodically organizes national courses for coaches and judges.

Azerbaijani judges constantly take part in the evaluation of performances at the European Championships, European Games and other large-scale competitions. They are also invited to act as neutral judges of the events by relevant organizations.

Ayla Ahmadova, the winner of the 2009 Acrobatic Gymnastics European Championships within Women's Pair, was elected as a representative of acrobats at the FIG Athletes' Commission in 2013 for the 2013-2016 Olympic Cycle.

In recent years, along with Baku, sections in a number of gymnastics disciplines have been opened in our regions. Currently, there are acrobatic gymnastics sections operating in Sumgayit and Shabran.

Successes achieved in Acrobatic Gymnastics plays an important role in more enthusiastic approach of young gymnasts to their training and overall development of this gymnastics discipline.