Parkour, as a pursuit, originated on the streets. This sport discipline is the art of getting from one point to another by respecting one key principle: efficiency and fluidity. Initially, Parkour was developed as a training method, but, over time, it has inspired different sporting events, action movies, gaining many followers.

At events of the International Gymnastics Federation (FIG), a variety of blocks, walls and bars are installed in the Parkour area in order to imitate the different obstacles found in urban areas. To overcome them, athletes use a range of techniques, such as the cat leap (saut de chat), arm jump (saut de bras), drop jump (saut de fond) and wall run (passe-muraille). 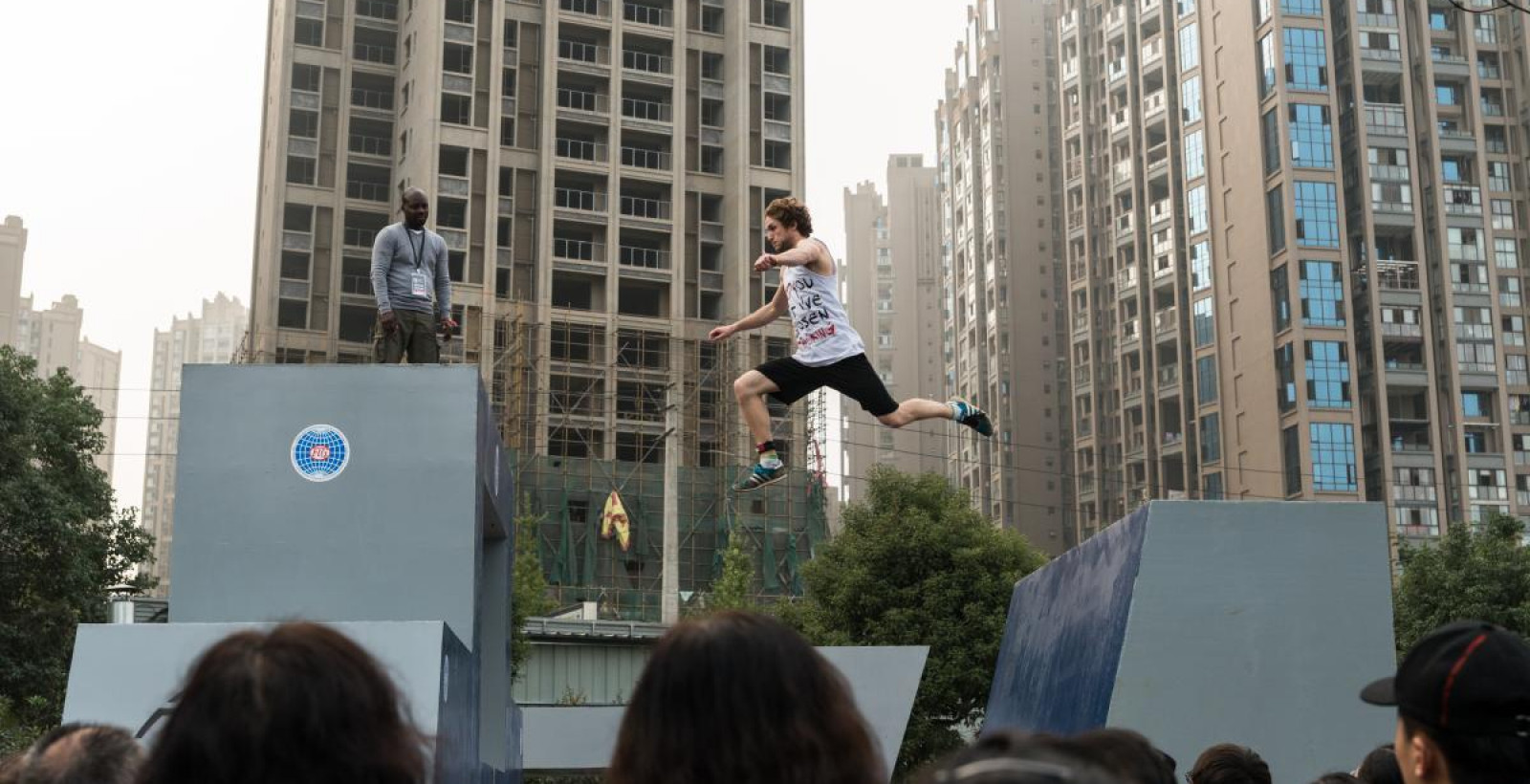 There are two categories in Parkour: Speed and Freestyle. In the Speed events, athletes must overcome obstacles as quickly as possible to reach the finish line in the quickest time. In the Freestyle event, athletes make use of the obstacles to show off their style and creativity as their technical performance is judged.

The philosophy of Parkour is to be constantly on the move and never stop.  If persons engaged in this sport discipline find an obstacle in their way, they must be able to create a strategy for progressing and moving forward. 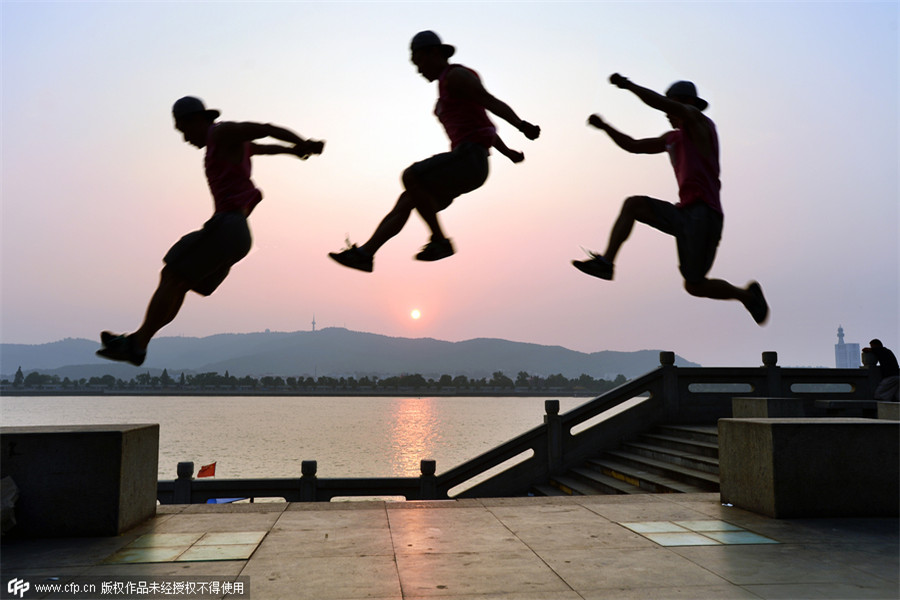 Parkour in the world

Parkour emerged in the outskirts of Paris in 1990. David Belle originally developed the Parkour concept according to precepts about the art of movement laid down by his father, who was a Parisian firefighter.

As teenagers, Belle and his friends from the Yamakasi group practised jumping and climbing over stairs, fences, walls and other barriers. For them, Parkour was just a kind of training method to overcome all forms of obstacles in urban and natural environments, such as city streets and forests.

This way of moving gained more popularity with the introduction in the film industry of the movies such as “Yamakasi” co-written and acted in by Charles Perrière, one of the founders of this discipline, and “B13” with David Belle.

These films have inspired the organization of various sporting events in many countries and have created a new generation of Parkour practitioners around the world.

Although the founders of Parkour were not keen on competition, this trend made them to consider sporting events as a good showcase for increasing the popularity of the discipline around the world.

A connection was made with the FIG and this collaboration turned out to be successful as several FIG affiliated federations had already offered Parkour activities. 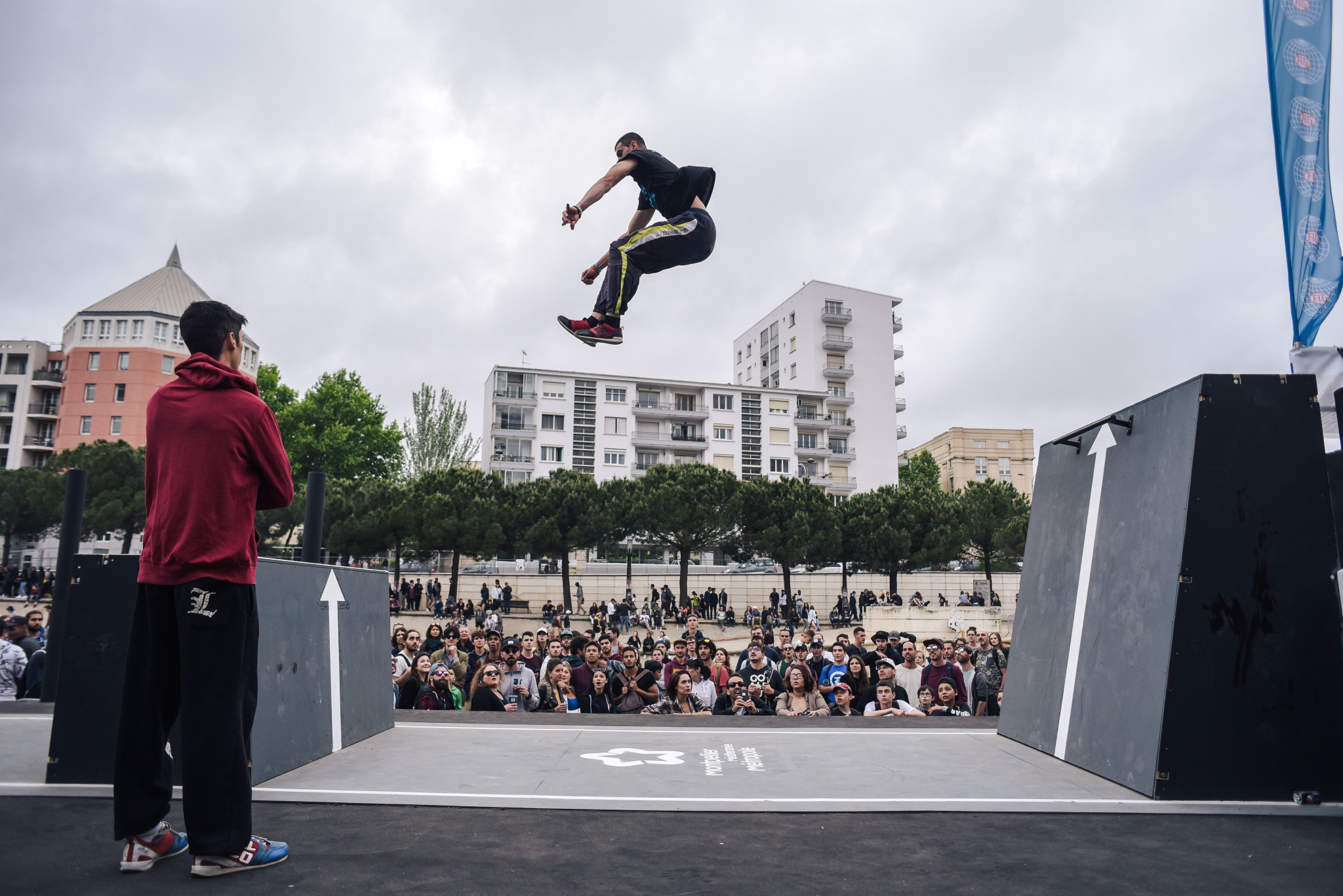 Parkour’s development has opened the way for the organization of the first World Cup series within the framework of the World Action Sports Festival in 2018.

Parkour was officially included into the FIG activity at the 82nd FIG Congress held in Baku in 2018.

When the FIG planned to include Parkour into its activity in 2018, Azerbaijan Gymnastics Federation (AGF) was developing all gymnastics disciplines recognized by the FIG in our country.

In the preparation stage for the FIG Congress scheduled to be held in Baku on December 2 & 3, 2018, the FIG informed AGF of the organization of the Parkour Introductory Course in our capital. 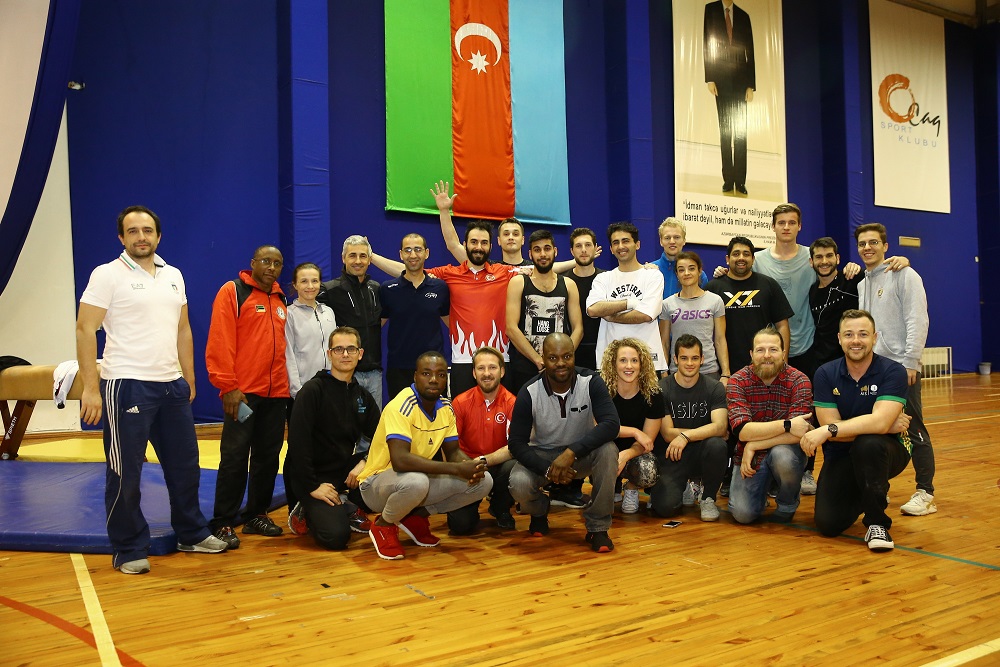 AGF, successfully hosted major gymnastics competitions and international courses, this time, began to cooperate with the FIG towards the organization of the first Parkour event, which took place right away after the Congress. The representatives of Azerbaijan were among the representatives of 13 countries participating in the course.

Elvin Gojayev and Ali Mardanov, for the first time, represented our country at the Parkour World Cup held in Montpellier (France) in late May and early June, 2019.

The same year, in November, Ali Mardanov participated in the FIG International Judges’ Course in Lausanne (Switzerland) and obtained the Brevet 3.

Thus, AGF has officially included Parkour into its activity since May 2019, and is carrying out works directed to its development.