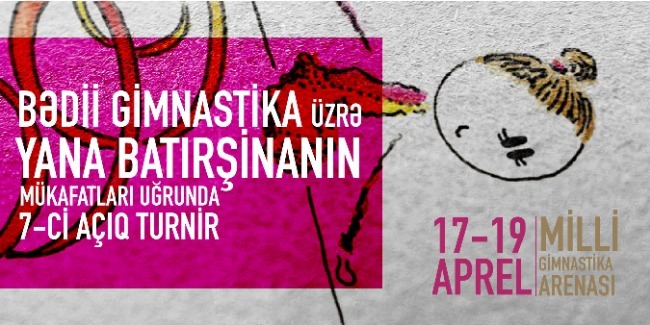 In April, junior, pre-junior and young gymnasts included into the age categories will test their strength before the performances of Rhythmic Gymnastics stars at Milli Gimnastika Arenasi (National Gymnastics Arena).

Thus, there will be held the Open Tournament in Rhythmic Gymnastics for the Prize of Yana Batyrshina on April 17-19. The idea of hosting such a tournament in our country came after the World Championships held in Baku in 2019 and the successful cooperation with the Worlds` Ambassador, repeated World Champion, prizewinner of the Olympic Games, former Russian gymnast, Yana Batyrshina.

For the first time, Azerbaijan hosts this tournament, which is the 7th edition. The competition to be held this year is official competition of the International Gymnastics Federation (FIG).

As per to the provisional registration list, 11 countries confirmed their participation in the competition. Russia has registered 4 clubs for this tournament.

Moreover, loyal spectators of the gymnastics competitions can get seasonal tickets presented by Azerbaijan Gymnastics Federation at MGA Ticket Office.

Periodically updated information about the events will be available on our website (https://agf.az/az/competitions/).