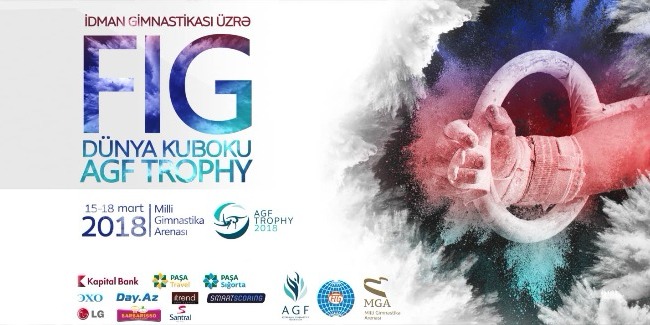 Azerbaijan Gymnastics Federation starts the season of the international tournaments

On March 15-18, Milli Gimnastika Arenası (National Gymnastics Arena) will host the FIG Artistic Gymnastics World Cup. 102 athletes from 25 countries are expected to join the Cup to be organized in Baku for the third consecutive year.

The high-level organization of international tournaments by the Federation and its experience increased from year to year will find its reflection in the events again. Thus, during the tournament, the audience will not only watch the gymnasts, but also the interesting flash mobs to be arranged by the Organizers, and will also get a chance to win the memory gifts from the Federation by taking an active part in various contests.

Tickets for the first gymnastics tournament of the year can be purchased from the ticketing office of the Arena. The price of tickets constitutes 10 manat for the qualification days and 15 manat for the finals.

One cannot miss the Bibi-Heybat mosque as one heads south-past the lower tip of Baku bay; The modern restored mosque is a classic example of the Shirvan architectural school, having three domes following the traditional corrugated, galvanized iron shape of the old mosque and two minarets.

Azerbaijan Carpet Museum displays Azernaijani carpets and rug items of various weaving techniques and materials from various periods. At the time of establishing, it was the only museum that was dedicated to the art of carpet weaving. It is named after Latif Karimov and has the largest collection of Azerbaijani carpets in the world.