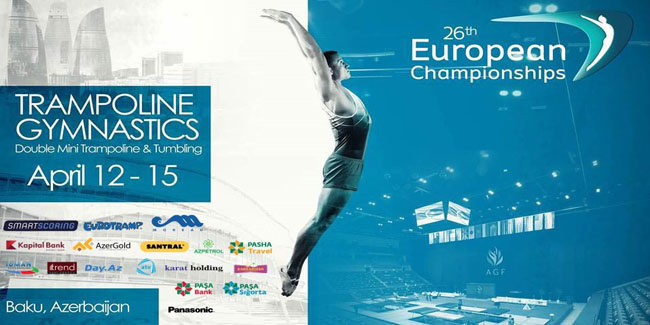 Thus, along with the World Cups in 2018, for the first time, the Federation will also host the European Championships in Trampoline, Tumbling and Double Mini-Trampoline on April 12-15. It is expected that more than 400 athletes in 3 disciplines in total both senior and junior program from 25 countries, will compete in the 26th Championships to be held at Milli Gimnastika Arenası (National Gymnastics Arena).

The 4-day tournament at the Arena which is turned out to be a home for gymnasts, features events in 4 competitive programs - Individual Trampoline, Synchronised Trampoline, Tumbling and Double-Mini Trampoline.

There will be held Qualifications both among Juniors and Seniors as well as Team Finals in all disciplines on the 1st and 2nd days of the competitions.

On April 14, gymnasts (Juniors and Seniors) will perform in the Qualifications in the Trampoline Synchronised and Individual programs. Taking into account that the format of the European and World Championships consists of 2 Qualification Rounds in Individual Trampoline, Semi-finals with a participation of the best 24 gymnast from the 1st Qualification Round will take place in the Trampoline Individual events prior to the Finals in this discipline within the framework of the Championships. On the last day of the tournament, the names of the medallists will be known in the finals in 4 disciplines (Individual Trampoline, Synchronised Trampoline, Tumbling and Double Mini-Trampoline).

And the main characteristic feature of the European Championships is that Juniors will be able to be qualified for the Youth Olympic Games-2018, while the Seniors for the European Games-2019 namely in Baku. 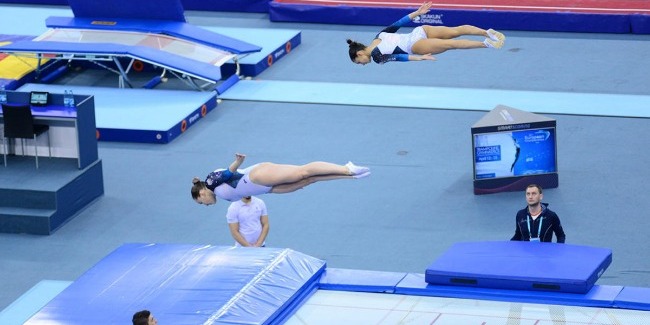 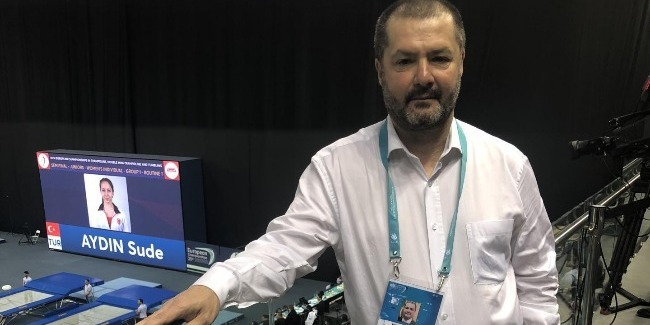 15.04.2018 UEG to have bright future under Farid Gayibov’s presidency - Portuguese Gymnastics Federation's president (Exclusive) There is a bright future ahead of the European Union of Gymnastics (UEG) under the presidency of Farid Gayibov, President of the Portuguese Gymnastics Federation Joao Paulo, who was watching the XXVI European Championships in Trampoline, Double Mini-Trampoline and Tumbling in Baku, told Trend April 14. 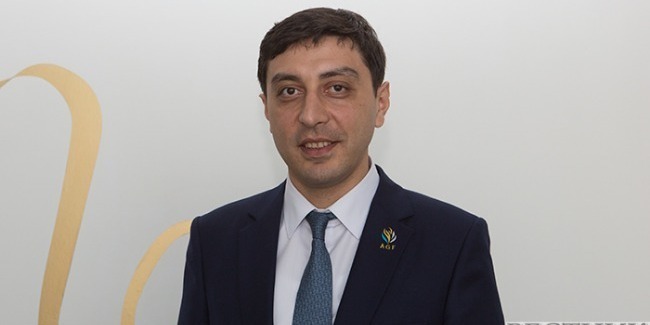 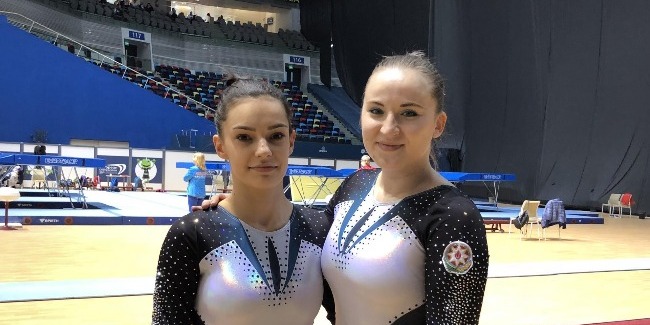 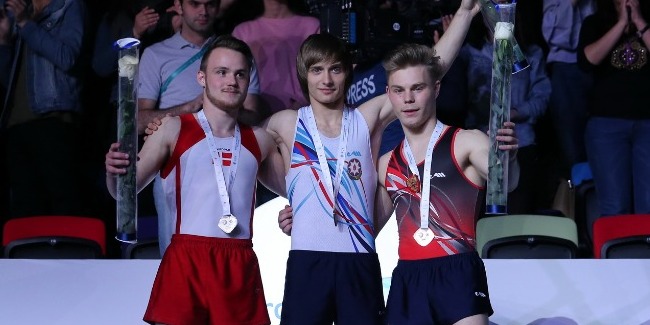 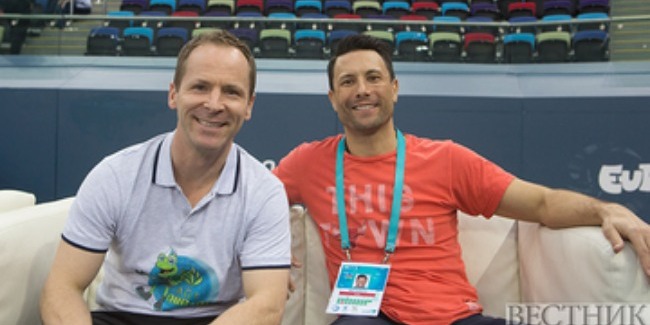 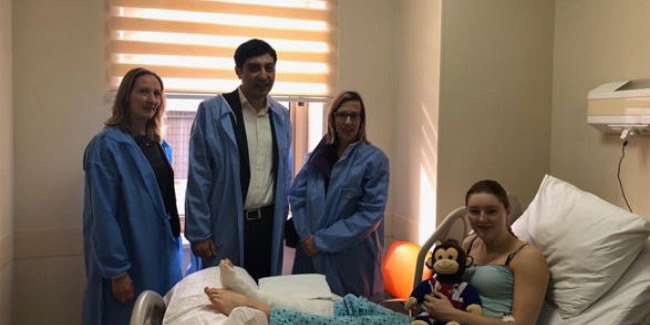 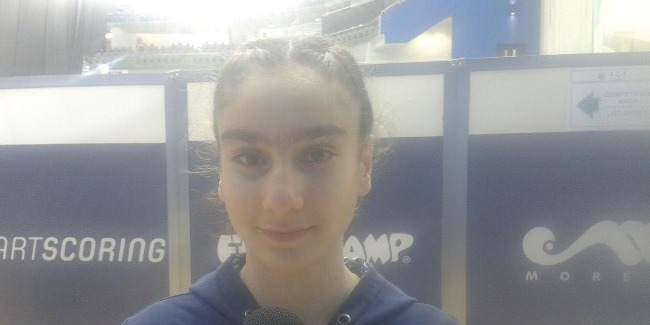 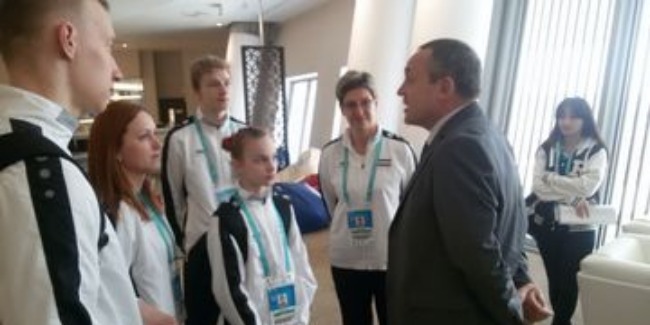 13.04.2018 Juris Maklakovs: Azerbaijan holds gymnastics tournaments at world level The level of organization of competitions in gymnastics and its technical equipment in Baku set a high standard for the whole world, Ambassador Extraordinary and Plenipotentiary of Latvia to Azerbaijan Juris Maklakovs, who came to the European Championships in Trampoline, Tumbling and Double Mini-Trampoline, told the correspondent of Vestnik Kavkaza. 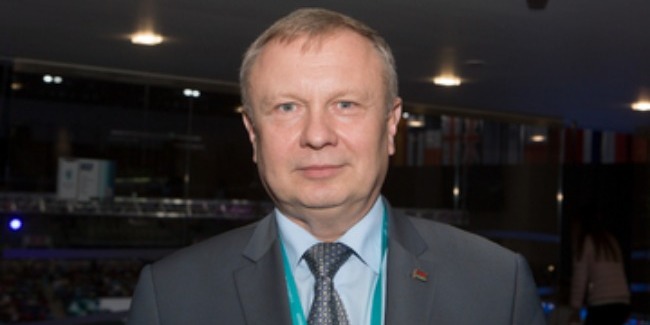 13.04.2018 Ambassador of Belarus to Azerbaijan calls European Championships in Baku a holiday of sport and peace We have always thought that Baku, its atmosphere, this arena are great, Gennady Akhramovich, Ambassador of Belarus to Azerbaijan, said in an interview with Vestnik Kavkaza on the sidelines of the European Championships in Trampoline, Tumbling and Double Mini-Trampoline. 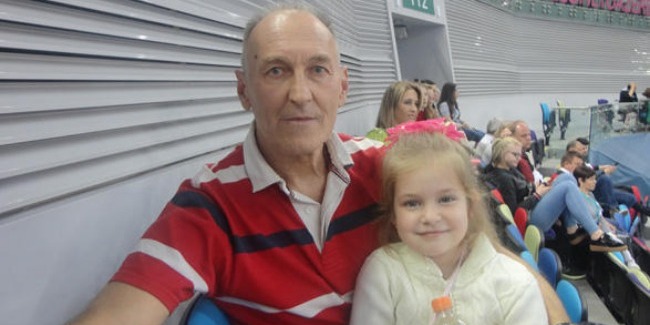 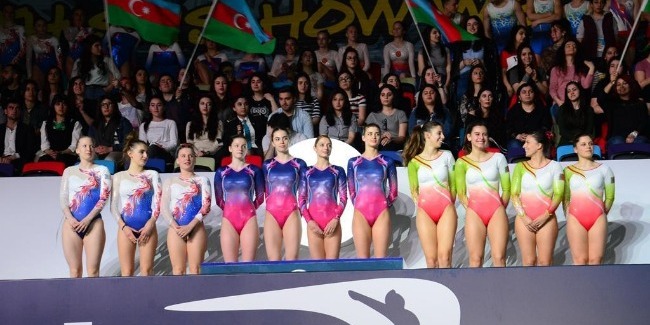 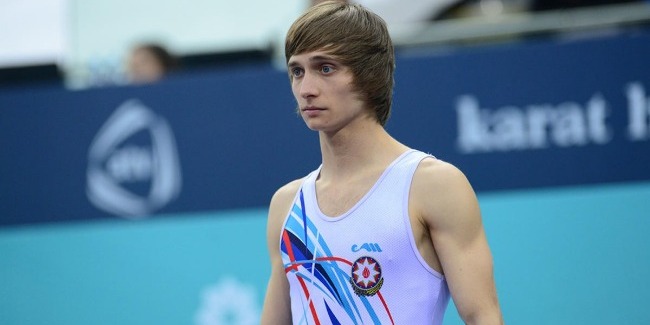 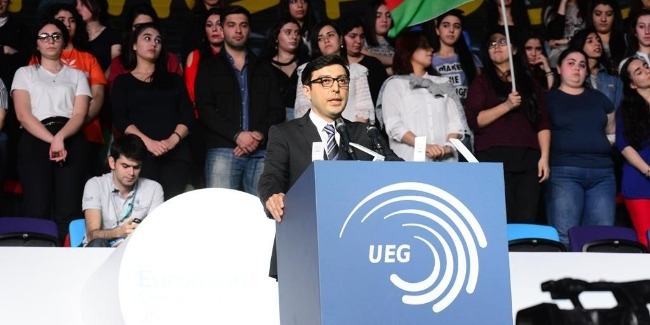 12.04.2018 Farid Gayibov: In Baku, gymnasts will demonstrate terrific flights in gymnastics air with support of gymnastics fans and friendly atmosphere President of the European Union of Gymnastics (UEG) Farid Gayibov has declared open the 26th European Championships in Trampoline, Tumbling and Double-Mini Trampoline in Baku. 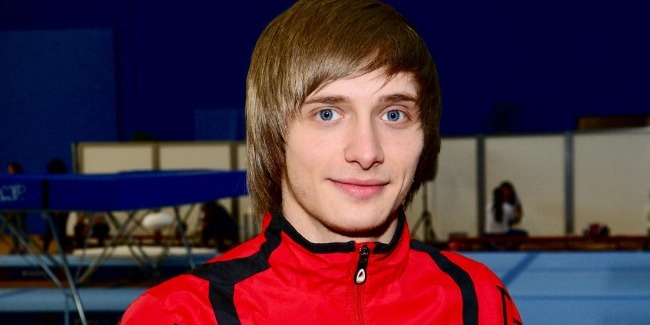 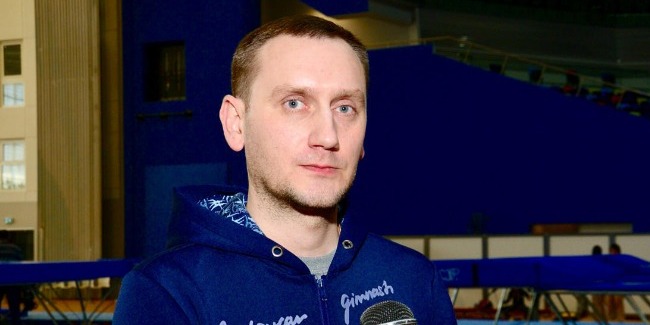 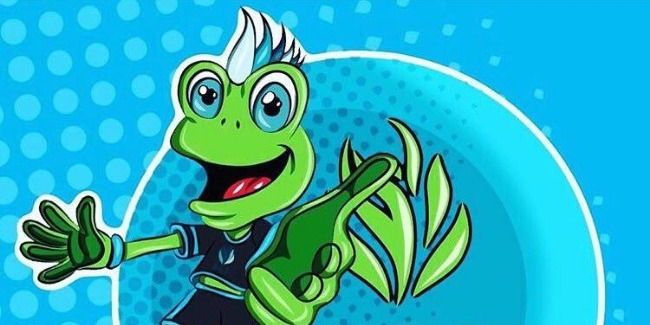 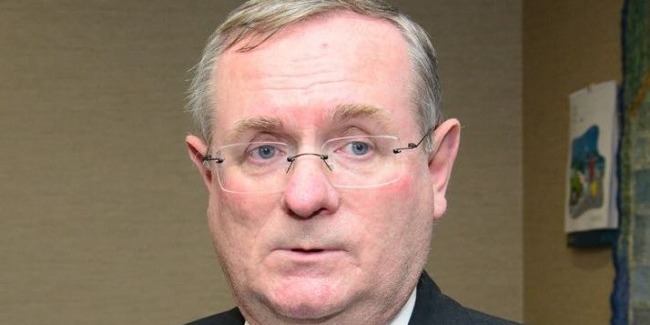 18.02.2018 Baku prepared perfectly for European Trampoline Championships, UEG Technical Committee says The organizers of the 26th European Trampoline, Double Mini-Trampoline and Tumbling Championships in Baku, which will be held on April 12-15, are very well prepared for the competitions. Based on the experience of the competitions held in the Azerbaijani capital earlier, one can be sure that the organization will be at the highest level, the representatives of the Trampoline Technical Committee of the European Union of Gymnastics (UEG) said after the European Championships draw held in Baku today. 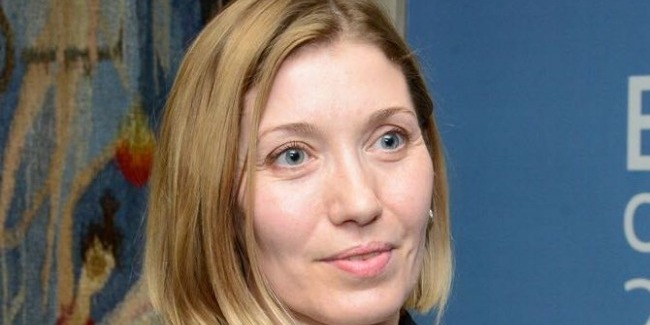 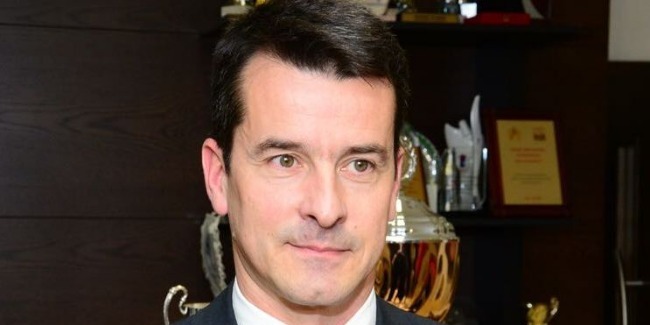 18.02.2018 "We expect that the tournament will be held at the highest level," member of UEG Technical Committee Luis Nuñez, a member of the UEG Trampoline Technical Committee, in his turn, stressed that, based on the experience of the previous competitions in Baku, UEG Trampoline Technical Committee has the best expectations. "Baku is a very friendly city, the Azerbaijan Gymnastics Federation treats us like kings, we have a very good reception. I was not here at the World Cup, but I was at the 1st European Games, and everything was very good, the organization and the local committee helped, tried to provide the best conditions for gymnasts, "- he said. 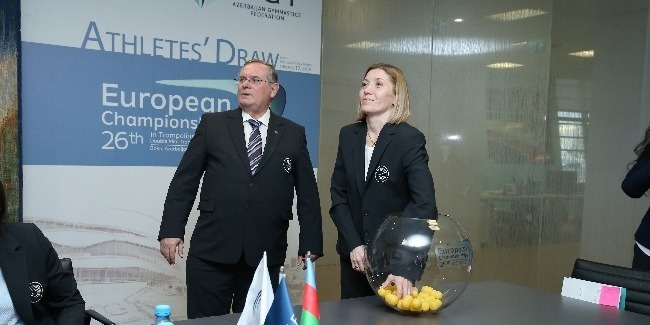 Discover the land of fire

Azerbaijan is a country in the eastern part of the Caucasus Mountains and the south-west coast of the Caspian Sea.

Azerbaijan is a democratic republic. The president is the head of the state. Ilham Aliyev has been the president of Azerbaijan since October, 2003. The Supreme Legislative Organ is the parliament. In 1991 Azerbaijan has left the Soviet Union and gained independence.

The official language is the Azerbaijani language (belongs to the family of Turkic languages). Russian and English languages are widely used in the capital and other regional centers of the republic.

According to the current constitution Azerbaijan is a secular country – religion is separate from the state and consists of the sum of the religious movements spread among the nationalities and ethnic groups that currently live in the territory of the country. There are various religious confessions in the Republic of Azerbaijan. Islam is the religion of the majority of the population. As a multinational country there are Jewish, Orthodox and Catholic communities in Azerbaijan.

According to Köppen Climate Classification 9 out of 11 climate types are observed in Azerbaijan.

Average temperature in July in high areas is between +5˚ and +25˚ - +27˚ degrees and +32˚ - +35˚ degrees at the maximum and average temperature in January is -10˚ - -4˚ degrees. The minimum annual rainfall in flat lands is 150-200 mm and 1200-1700 mm on the foothills of the Caucasus and the mountainous areas. The best time for visiting the country is the period from April till October. We should also mention that the temperature during the second half of summer can be as high as +38 - +40˚ degrees. In June and the first half of September the average temperature of the sea water is +24 - +26˚ degrees.

Internet is widely used in Baku and the other regions of the country. The internet domain is .az.

Fax is available at all post offices of the country, as well as the hotels.

International currencies such as the US dollars, the British pounds, euros and Russian rubles can be exchanged to manats at any bank. Besides this currency exchange can be carried out at the official currency exchange centers widely available anywhere.

One cannot miss the Bibi-Heybat mosque as one heads south-past the lower tip of Baku bay; The modern restored mosque is a classic example of the Shirvan architectural school, having three domes following the traditional