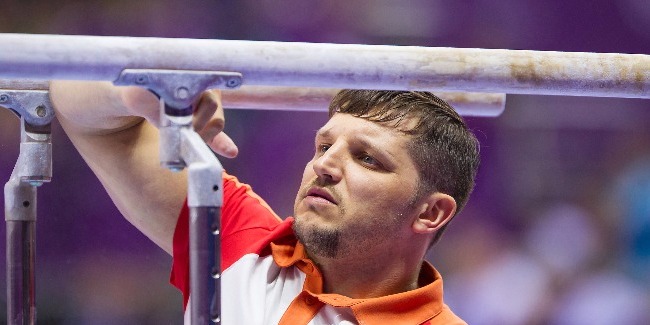 “Last year turned out to be saturated and hard, both physically and morally. “Moreover, the boys had some slight injuries, which we needed to treat. But, in general, everything is going fine. The sooner we get into the form, the easier will be this important Olympic year. The Olympic Games are an ultimate goal of the four-year cycle and the dream of every athlete. We already have one athlete qualified for the Games, and will strongly fight for the second qualification. We will make every effort and do everything in our power,” Netreba said.

He also mentioned the excellent preparation of Milli Gimnastika Arenası (National Gymnastics Arena) for the event.

“A team of professionals works here, each member is doing his/her best. Arena is ready for a hundred percent and we do our best to be ready as well. We hope that the atmosphere will be the same as it was at the First European Games. We want to popularize this sports discipline in order to attract more young people to be engaged in this gymnastics discipline. The tournament will be very colorful, and I hope we will demonstrate worthy performances,” Netreba said.

According to the coach, the World Cup will be quite impressive. “Geography of gymnastics significantly extends. Each event has its own surprises. The same it was at the World Championships, when the young athlete from Cuba literally burst into the gymnastics world elite,” Netreba noted. The rivalry is very high, especially at the World Cup series where we have apparatus finals. Currently, geography of gymnastics is so vast, that, sometimes, someone comes from the country you have never heard about and competes for the medals. Moreover, Japan, which has no weak athlete within the team in fact, also takes part in the event. The famous gymnast such as Kenzo Shirai, who demonstrates unbelievable floor exercises, is also in the list of competitors. Any of 19 participating countries can succeed as no one is coming with weak athletes and each gymnast aims to stand on the podium. We will have a good contest. All expect the highest level and there will definitely be something to watch. It is twice pleasant to win in the strong contest. Besides, you gain valuable experience with each event you take part in,” Netreba said.