ALIYA GARAYEVA: “I HAVE ENOUGH STRENGTH TO COMPETE FOR THE OLYMPIC AWARDS IN LONDON” 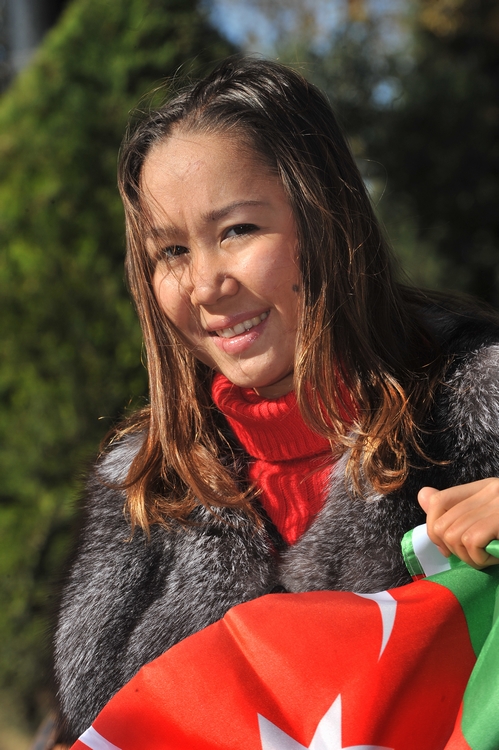 “This year, you will perform only in one tournament – Italian Serie A1 Championship. Therefore, we can sum up certain results. How do you remember the 2011?”

“Most of all, I certainly remember my performance at the World Championships where I won the bronze medal in the all-around and qualified for the Olympic Games. Before, I had become the prize-winner only with separate apparatus. The Word Championships’ medal in the all-around is an important event for me. All-around – is an Olympic discipline and the medal won here is valued higher. Even my mother did not believe that I achieved such a result at first. She thought I had been joking. So, this “bronze” is a special for me in all senses. I would also like to mention the Grand Prix in Czech Brno which took place after the World Championships. There, I won full set of bronze medals having received quite high points. But the European Championships turned out to be unsuccessful for me. I expected medals from myself but I did not demonstrate so worthy performances there.”

“I would like to say that the gymnasts had been very strained before the World Championships as the qualification for the Olympic Games was awaited them. And after the Championships, we could relax a little bit and perform for pleasure and with all our hearts which was shown at the competitions in Brno.”

“The Olympiad in London will be the second one for you. After the performance in Beijing-2008, it must be a little bit easier for you this time as you already have an Olympic experience.”