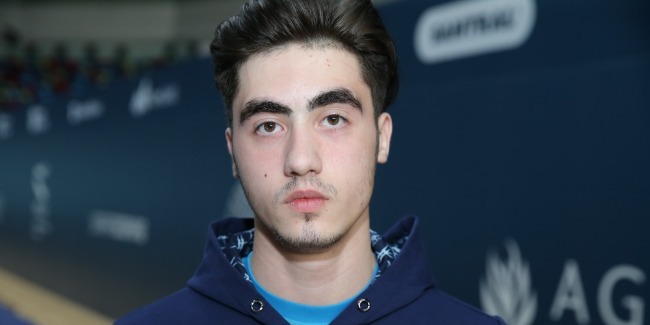 Azerbaijani gymnast Farid Mustafayev said that he actively prepares for the FIG World Cup in Trampoline Gymnastics and Tumbling in Baku.

“Two training sessions are held per day,” Mustafayev said. “We are making the combinations harder in order to complete the entire program without mistakes during the competition. Of course, I’m excited before the World Cup, just like every athlete. For me, the upcoming World Cup is a great chance to demonstrate my skills.”

Mustafayev added that for him, Azerbaijani athlete Mikhail Malkin and Russian athlete Vadim Afanasyev are examples in sports.

“They are strong athletes, and their performances motivate me,” Mustafayev noted.

The gymnast emphasized that it is great responsibility for him to represent Azerbaijan at the World Cup.

“It is honorable to represent own country at such important competitions,” Mustafayev said. “I would like to appeal to the audience to come to the National Gymnastics Arena during the days of competition and support us.”

Farid Mustafayev will perform in Tumbling at the World Cup in Baku.

The FIG World Cup in Trampoline and Tumbling in Baku will be held on February 15-16. This will be license competition for the Tokyo 2020 Olympics. According to the preliminary list of applications, 30 countries have already confirmed their participation in the competition. More than 150 gymnasts are expected to take part in the event.