Azerbaijani gymnast: with each competition we gain more experience 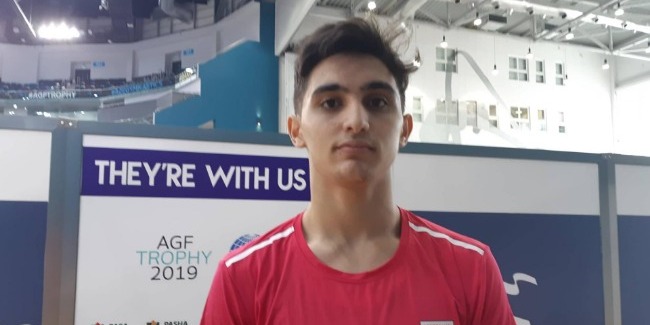 The support of the audience helped a lot, Azerbaijani gymnast Samad Mammadli told Trend after his performance at gymnastics competitions at the XV Summer European Youth Olympic Festival (EYOF Baku 2019).

“After the points for the performance were announced, I can say that the expectations were met. There were some mistakes - my exercise on the horse could have been better. I just changed the combinations, so it did not really work out,” the gymnast said.

Mammadli added that he wants to become a world champion and an Olympic champion, and therefore every competition for him is an opportunity for gaining lots of experience.

“With each competition, we gain more and more experience. Therefore, we must do our best at all competitions,” he said.

Competitions in artistic gymnastics kicked off at the National Gymnastics Arena as part of the EYOF Baku 2019 on July 23.

The festival is attended by 3,900 athletes from 48 European countries. Fifty-two percent of the participants are males, and 48 ​​percent are females. Athletes are competing for 135 sets of medals. A total of 930 medals are prepared for the winners, including 300 gold, 300 silver and 330 bronze medals.