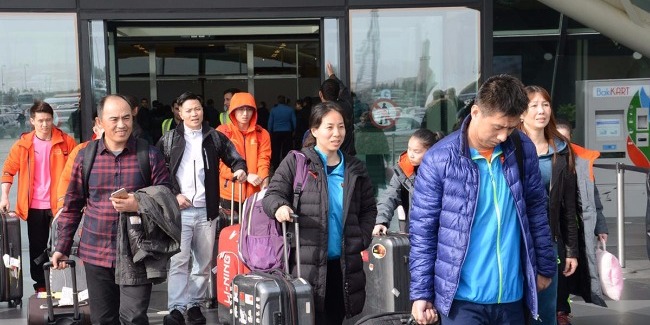 Shouwen Hu, coach of China's gymnastics team, says young and ambitious Chinese gymnasts have been brought to Baku for the FIG Artistic Gymnastics Individual Apparatus World Cup, and he believes they will be able to win a number of medals.

“Five our gymnasts came to Baku – they are young, talented and ambitious. We believe they are capable of wining in their types [of gymnastics]. This is a new Olympic cycle and we prepare athletes for the Olympic Games in Tokyo,” he told Trend.

Shouwen Hu found it difficult to name the causes of certain decline in Chinese artistic gymnastics in recent years, but he noted that coaches and gymnasts are working to achieve the best results.

He thinks that their main rival at the Baku World Cup is the Japanese team.