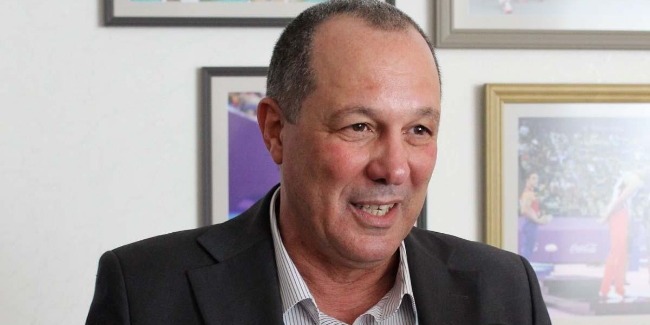 The FIG Rhythmic Gymnastics World Cup is being held at the highest level in Baku, Extraordinary and Plenipotentiary Ambassador of the Republic of Cuba to Azerbaijan Alfredo Nieves Portuondo told Trend on April 26.

The ambassador expressed gratitude to the Azerbaijan Gymnastics Federation for the created conditions and the opportunity given for the Cuban gymnasts to demonstrate their skills.

“Our team is young and gymnasts have great desire to train and achieve success in sports,” he said. “But the most important thing is the experience they will gain in Baku.”

The FIG Rhythmic Gymnastics World Cup, AGF Trophy kicked off at the National Gymnastics Arena in Baku on April 26.

More than 200 gymnasts from 39 countries are participating in the World Cup. During the event, 25 teams are competing in group exercises and more than 70 gymnasts are performing in individual programs.

The winners in all-round competitions will be named after the Individual Apparatus Finals (hoop, ball, clubs, ribbon) and Groups’ Apparatus Finals (five balls, three hoops and two pairs of clubs) and awarded on April 28.

The gymnast and the team in the group exercises with the highest score for the performance will be traditionally awarded with the AGF Trophy Cup.