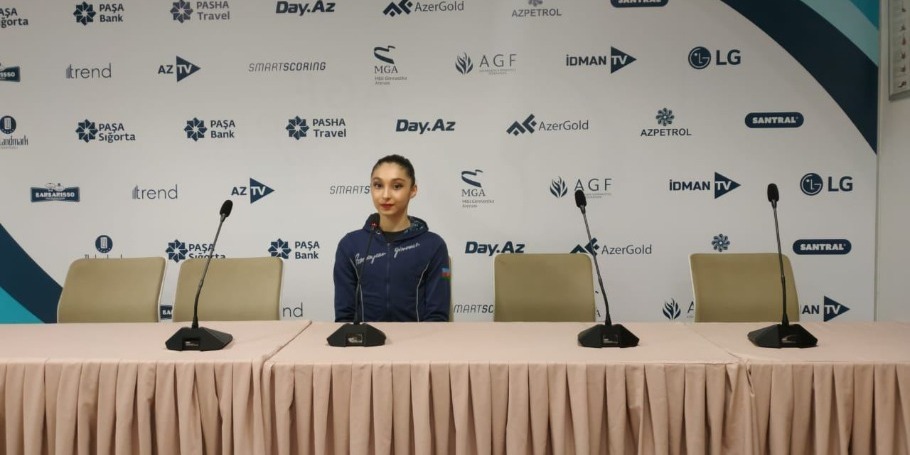 The difficulty of my exercises at the World Cup in Baku is higher than in the two previous competitions. Of course, it is very responsible and honorable to perform within the walls of our native National Gymnastics Arena, participant of the Rhythmic Gymnastics World Cup in Baku, Azerbaijani athlete Arzu Jalilova told.

"In general, today's performance went well, of course, I could have performed the program even better. For example, in the exercise with the hoop some mistakes were made, but with each start I strive to improve my skills. Tomorrow, during the second day of the competition, I will try to show a good result," she said.

The competitions in Baku became the third World Cup for Jalilova this year. The athlete stressed that her first start as a senior took place at the end of 2020 at the European Championships in Kiev.

"Since that start, I have gained strength and enthusiasm. I think that at the upcoming competitions, including another World Cup and the European Championship, my program will change, because we try to increase the complexity of the elements with each start," she said.