Dominic Clark: AGF did an incredible job at this World Cup in Trampoline and Tumbling 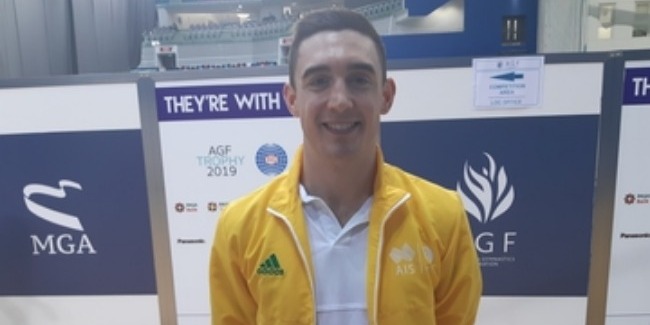 The Azerbaijan Gymnastics Federation did an incredible job of organizing the first stage of the Trampoline World Cup, Australian gymnast Dominic Clarke said in an interview with Vestnik Kavkaza on the sidelines of the Baku World Cup in Trampoline and Tumbling.

“I want to thank the AGF for doing an incredible job of holding this World Cup. This is the beginning of the Olympic cycle and the very first World Cup for gymnasts, where one can qualify for the Olympics. Therefore, everyone is a little nervous and wants to perform well. In this regard, how the AGF meets gymnasts, places them and gives the best opportunities for performances is very important, ”he stressed.

“The audience in Baku is great. I went to the arena and got a huge energy from a very, very loud audience. So I went out, gathered myself and executed the routine. I did everything that was in my power, ” Dominic Clark admitted.

“We arrived in Baku in advance because of the long flight and the time difference of 7 hours. It is great that we were immediately met, so, one can say, as soon as we got off the plane, we were already on the trampoline and the muscles stayed in good shape. While we were here, we practiced all the time at the AGF grounds, ” the Australian gymnast said.