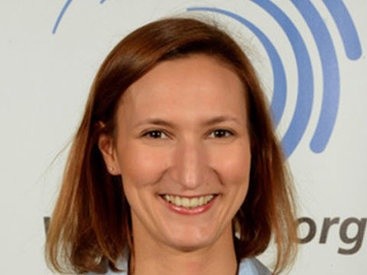 The 30th Rhythmic Gymnastics European Championships in Baku opened a new page in the history of world of gymnastics, the representative of France to the European Union of Gymnastics (UEG), Oriane Do Rosario told Trend on June 15.

She said the competition took place at the highest level and ended successfully.

"I congratulate Azerbaijan with the fact that this championship opened a new page in the history of gymnastics and adequately justified the confidence in it,” she said. “The arena which hosted the championship fully meets modern standards. All the necessary conditions have been created for athletes at the highest level."

The French representative also believes that Azerbaijan will adequately host the European Games in Baku in 2015.

"We will be very pleased to be back again in Azerbaijan next year. I believe that Azerbaijan will organize the European Games at the highest level as well," Do Rosario stressed.

Praising the performances of Azerbaijani gymnasts, she stressed that each time they improve their results.

"I believe that Azerbaijani gymnasts are developing rapidly, because they have all the necessary conditions," she added.