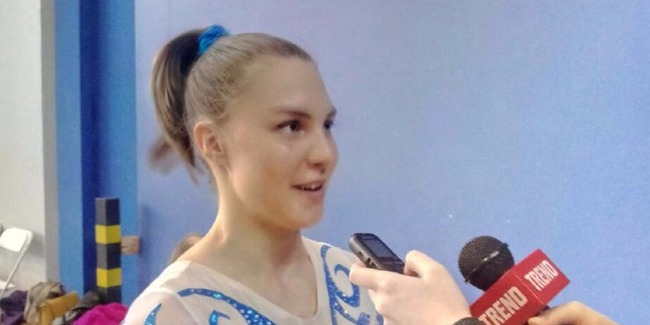 It’s a pleasure to perform at the National Gymnastics Arena in Baku, the Finnish female gymnast Rosanna Ojala, who is taking part in the FIG World Cup in artistic gymnastics, told Trend.

The competitions have been organized at a high level, she said, adding that the arena is very beautiful and she likes to perform there.

Speaking about her performance, Ojala noted that she performed well and hopes to reach the vault finals.

Ojala added that she considers the gymnast from Romania Catalina Ponor her main rival, noting that Ponor performed very well.