French athlete: "Baku 2015 European Games most interesting in my life" 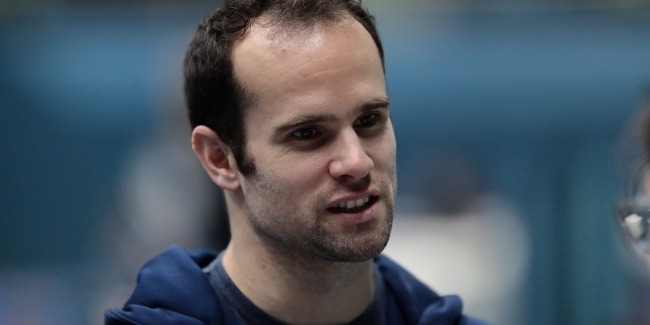 Baku 2015 European Games were one of the most interesting competitions in my life, French trampolinist Sebastien Martiny told Trend.

“I have had many difficult and interesting competitions so far. But two of them were the best - the European Games, held in Baku in 2015, and Rio de Janeiro 2016 Olympic Games,” he said.

Martiny noted that the preparation to the World Cup is going very well.

“We are ready to compete. This World Cup is very important, since it is a licensed start as part of the qualification for the Olympic Games 2020 in Tokyo,” he noted.

Further, the trampolinist stressed that he considers the Chinese team the strongest, especially Gao Lei.

“Gao Lei has the highest jump in the world. For me he is the best one. But this competition will be difficult for him as well,” the athlete underlined.

The World Cup in Trampoline and Tumbling will be held Feb. 16-17 in Baku.