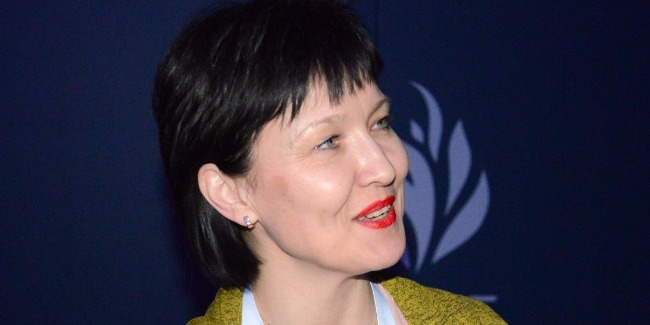 Uzbek female gymnast Oksana Chusovitina, who made it into the Guinness World Records, will perform at the FIG World Cup in artistic gymnastics in Baku, the FIG technical delegate Nadezda Seile told Trend.

So, Chusovitina’s performance at the FIG Artistic Gymnastics Individual Apparatus World Cup in Baku shouldn’t be missed, she added.

Azerbaijan is a wonderful country, which meets guests well, and there is a very nice hall equipped with the newest apparatuses and technologies in Baku, Seile said.

She added that for the first time in history, during the World Cup series such a lighting effect is used when the light falls only on the apparatus where the gymnasts perform.

“It is very beautiful, interesting and it should be attractive and spectacular for the fans,” said Seile. “It is something new, and it seems to me that this makes the attention focused on certain gymnasts.”

“This city and country has great opportunities,” Seile noted. “There are hospitable people, warm atmosphere. The people in the Azerbaijan Gymnastics Federation work in a way that makes everyone happy.”

“Catalina Ponor, a big star of gymnastics from Romania, Vasiliki Millousi from Greece, and, of course, Oksana Chusovitina will perform in Baku,” she said.