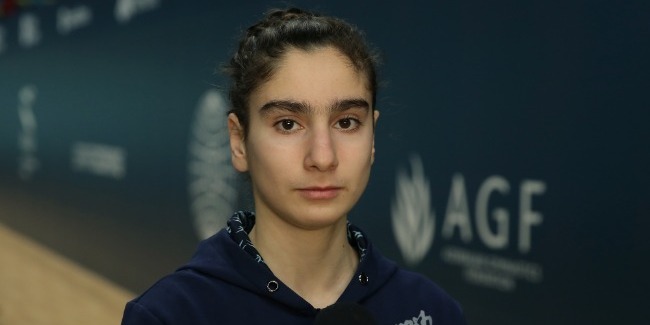 Azerbaijani gymnast Seljan Magsudova  said this is the first World Cup, so the competition is very important for her.

The athlete noted that she will do her best to successfully perform at the upcoming FIG World Cup in Trampoline and Tumbling in Baku.

“We started preparing for the competition back in 2019, by the end of the year we had intensive training, we have been working on a combination of exercises for a long time. The World Cup will be held in the National Gymnastics Arena – in my native hall and support of fans is very important for me. It is a great honor to represent your own country at the World Cup, and I believe that I will perform decently.”

The gymnast said she will have serious rivals at the FIG World Cup.

“The opponents are all strong - they are representatives of Russia, Canada, Japan, China, Belarus,” added Magsudova. “These are athletes who participated in many significant competitions and achieved high results.”

Magsudova will perform in individual trampoline program at the FIG World Cup in Baku.

The FIG World Cup in Trampoline and Tumbling in Baku will be held on February 15-16. This will be license competition for the Tokyo 2020 Olympics. According to the preliminary list of applications, 30 countries have already confirmed their participation in the competition. More than 150 gymnasts are expected to take part in the event.