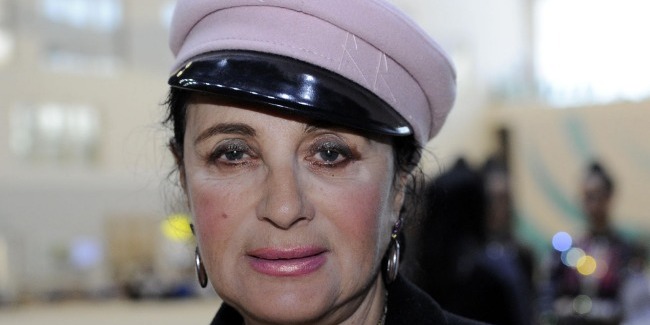 "Everything is done very competently, excellent security and volunteers. The audience is very good. The hall is magnificent; I think that we should take an example of this hall, which was created under the leadership of the First Vice-President of Azerbaijan Mehriban Aliyeva. I think that we will also have a hall not worse than this one, and we will hold the World Championship at the same level as Azerbaijan," she said.

Commenting on the performance of Russian gymnasts in group exercises with five hoops, Irina Viner-Usmanova noted that the Russian team today performed with a complex program and did not allow gross errors.

On May 16-19, the 35th European Championships in Rhythmic Gymnastics will take place in the National Gymnastics Arena in Baku. During the four-day championships, senior female gymnasts will perform in the individual program, while junior gymnasts will participate in the group exercise program. Athletes from 35 countries of the world take part in the Championship.

The second day of the competition that will take place on May 17 will see qualifications of senior gymnasts in the individual program of exercises with a hoop and a ball.

On May 18, qualifications will be held in the individual program of exercises with clubs and ribbon, as well as the performance of group teams in the exercises with five ribbons. On the same day, the names of the winners in the team competition will be announced (according to the overall estimates of senior and junior female gymnasts performing in the group exercise program) and in the all-around group exercises.

On the final day of the competitions, May 19, the names of the winners and prize-winners of the championship in the individual exercise program on separate apparatuses and among the teams in the group exercises (five hoops and five ribbons) will be announced.