Israeli envoy: Israeli athletes are very happy to come and compete in Azerbaijan 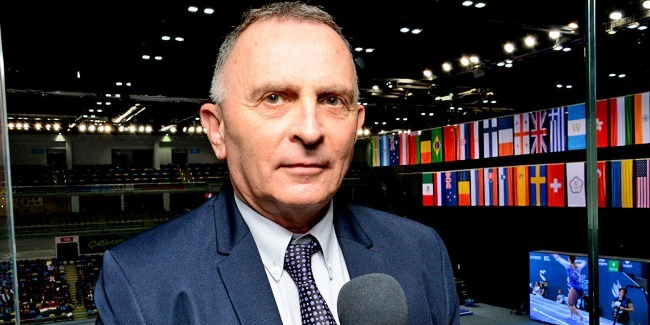 Israeli Ambassador to Azerbaijan Dan Stav said that he is very proud of the Israeli gymnast who won a gold medal at the FIG World Cup in Baku.

The Israeli gymnast Artem Dolgopyat won the gold medal of the FIG Artistic Gymnastics Individual Apparatus World Cup in the floor exercises. In the final, he scored 15.066 points.

"The athlete showed a tremendous performance. It was a high-level exercise and perfect execution. I am very proud that he has been able to gain the first place and win the gold medal here," the ambassador told Trend.

He noted that the competition in Azerbaijan is at a very high level as usual.

"The installations are of world class. I have heard it from many athletes that came here. I must also commend the Azerbaijani crowd, who gave a very respectful attitude towards all the athletes. That shows the real atmosphere of sports, harmonious competition in peaceful environment and a very fair one," Stav said.

The ambassador added that Israeli athletes are very happy to come and compete in Azerbaijan, because of the good installations, the atmosphere, the professional attitude.

"It is a very important competition for them to test their strength, because they are facing now the bigger competition like the Olympic Games and this a very important one before that. In addition, they are now preparing for the European championship. Therefore, it was really great opportunity for them to come and compete here. Not all of them won, but all of them are very happy for the way they were received and the opportunity to compete," he said.

The ambassador noted that the competition was organized at a high level.

"I have been to the National Gymnastics Arena many times. I was always very much impressed by all the installation, all the equipment. The organization is really flawless, perfect one. Everything is very timely done. I think the atmosphere is great. Being in Azerbaijan gives a wonderful feeling of being at home when you are practically very far from home. The conditions are wonderful. I commend Azerbaijan for this wonderful contribution to universal understanding between different peoples," the ambassador said.

The FIG Artistic Gymnastics Individual Apparatus World Cup is being held at the National Gymnastics Arena in Baku and brings together the strongest gymnasts from 41 countries.

The competition is important for athletes who want to get to the Summer Olympics in Tokyo in 2020.