Oleg Ryabtsev: only positive impressions remain from tournaments in Baku 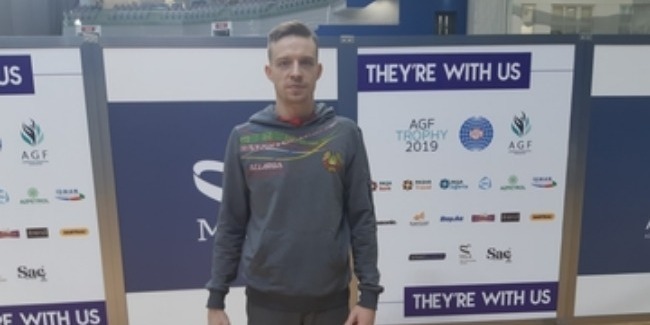 The organization of tournaments in Azerbaijan invariably leaves positive impressions, Belarusian gymnast and current world champion Oleg Ryabtsev told in an interview with the correspondent of Vestnik Kavkaza on the sidelines of the Baku World Cup in Trampoline and Tumbling.

“I would like to note that Azerbaijan, as a friendly and hospitable country, always welcomes athletes. The organizational issues are always resolved, if any help is required, they will definitely help. It was at the Azerbaijani competitions that I noticed such interesting moments as a completely dark arena with the theatrical lighting for gymnasts and a lot of show elements. Of all the countries in which I performed,  from Azerbaijan only positive impressions always remain, ” he said.

“This year we have innovation in individual jumps - licenses for the World Cup Olympics, which means that at every stage you have to show great skill to become one of four best athletes in the world. We now have plans to get into the finals and win prizes and licenses. At the same time, here in Baku, the competitiveness is very high - gymnasts from Japan, Russia, China, Portugal, New Zealand are our rivals, ”Oleg Ryabtsev noted.

“Now, for the time being, I hope that I will get to the finals in Baku, depending on how the last group performs. And then I will fight and win places on pedestals as high as possible,” the Belarusian gymnast concluded.