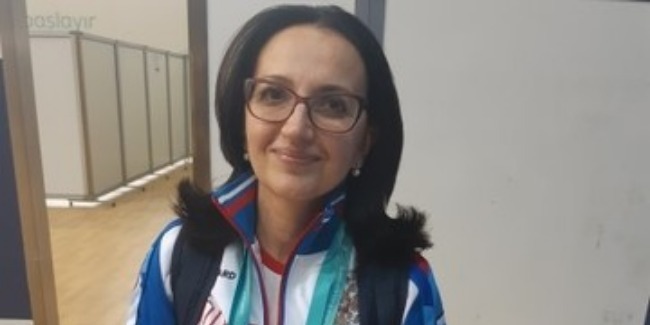 Azerbaijan's hospitality always amazes me, Svetlana Skakun, coach of the Russian national team in tumbling, told Vestnik Kavkaza today at the sidelines of the Trampoline & Tumbling World Cup in Baku.

“We're in Baku for the second time, and I’m hospitality of the Azerbaijani people, their openness and readiness to help always amaze me. We traveled around the city, and everyone wanted to help us, so I would like to thank all residents of Baku," she said.

“Gymnastic arena is simply amazing. Azerbaijani government is doing a lot for athletes and is making great effort to promote this sport. Thanks to this there's a rapid development of gymnastics in the country,” she added.