To perform in hometown is always more difficult and responsible, gymnast Mikhail Malkin 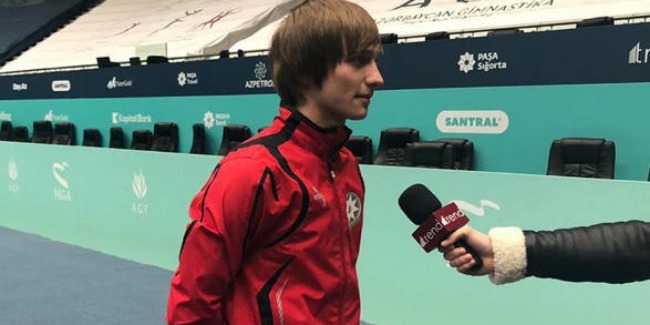 To perform in hometown is always more difficult and responsible, gymnast Mikhail Malkin, who will represent Azerbaijan at the upcoming Fig World Cup in Trampoline and Tumbling in Baku told Trend.

"Sometimes there is unsuccessful training, but we try to concentrate,” he said. “It is always more difficult to perform in hometown. Everyone hopes for a medal."

“Two weeks are left before the beginning of the competitions,” he said, adding that he is ready.

“I am striving for grabbing gold,” he said.

Malkin stressed that excellent conditions have been created in the National Gymnastics Arena.

“If there were not such conditions, I think that I could not even get to this level,” the gymnast added.

He also said that he considers the Russian gymnast to be the strongest rival.

Malkin became the winner of the 26th European Championship in Trampoline in 2018.