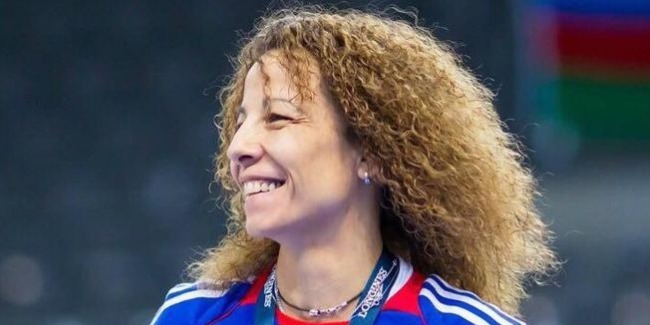 The members of the Turkish rhythmic gymnastics team in group exercises are pleased to be in Baku at the training camps, Turkish coach Kamelia Dunavska told.

"The training camp of the Turkish team in group exercises is underway in Baku, and will last for a week,” Dunavska said. “We arrived in Azerbaijan because there are great opportunities for training athletes in the National Gymnastics Arena. There are no such opportunities in Turkey.”

“I thank the Azerbaijan Gymnastics Federation for creating such an opportunity for our athletes to train in such wonderful conditions,” the coach said. “I think that all team members may only dream of such a gym. It is comfortable for athletes to train here. They are glad to be in Baku. After the training camp, the team will leave for Moscow to participate in its first competition of this season.”

Recalling FIG Rhythmic Gymnastics World Championships in Baku in 2019, the Turkish coach stressed that the Azerbaijani gymnasts achieved great success back then.

"Azerbaijani team has shown great progress,” Dunavska said. “Azerbaijani gymnasts qualified for the Olympic Games both in the individual program and in the group exercise program. This is great success because there was enormous competition in the tournament."

The Turkish coach also stressed the competitions have been organized in Baku at a high level.

"I think no one in the world may hold large-scale gymnastics competitions as Azerbaijan does," Dunavska said.