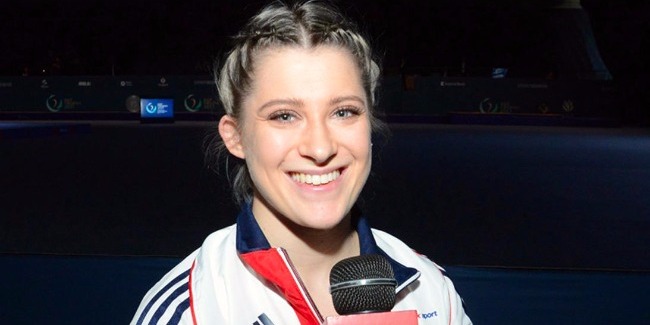 There is a phenomenal atmosphere at the FIG World Cup in Trampoline Gymnastics and Tumbling in Baku, UK silver medalist of the World and European Championships Lucie Colebeck told Trend on February 18.

She said that she was very happy with her performance.

The UK female athlete noted that she was able to overcome the excitement at the beginning.

The lightning effect at the National Gymnastics Arena in Baku is very nicely done, it looks spectacular, she added.

The female gymnast said that she will try to win a medal in the finals on Feb. 19.

The first day of the new Olympic cycle’s first World Cup in Trampoline Gymnastics and Tumbling has kicked off at the National Gymnastics Arena in Baku.

The World Cup in Trampoline Gymnastics and Tumbling in Baku will end on February 19.