"Gold" and "silver" from the Czech Republic 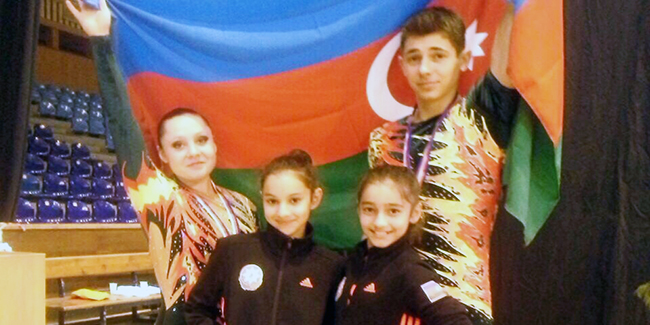 Azerbaijani gymnasts took part in an international tournament in aerobic gymnastics held in the Czech town of Zlin on March 14-16.

The country was also represented at the competition by juniors - Farida Agayeva and Khadija Guliyeva, who took 14th and 35th places (out of 38) for the individual exercises, respectively.