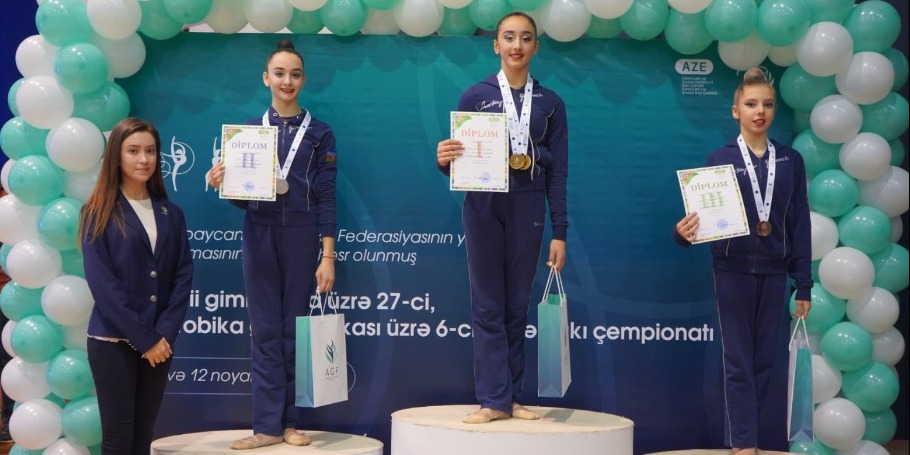 At the competitions in Rhythmic Gymnastics, athletes performed in the age categories of youngsters (born in 2012-2014), pre-juniors (born in 2010-2011), juniors (2007-2009) & seniors (out of competition - born in 2006 and older). “Youngsters” demonstrated their programs in the Individual All-Around, Without Apparatus, with a Ball & a Hoop. “Pre-juniors” took part in the Individual All-Around, with a Hoop, Ball & Clubs, “juniors” - in the Individual All-Around, with a Hoop, a Ball, Clubs & a Ribbon and “seniors” – with a Ball & Clubs.
At the competitions in Aerobic Gymnastics - pre-juniors (2008-2010) competed in the Individual women’s program, within Trios & Groups, while juniors (2005-2007) took part only in the Individual women’s program. In total, 124 athletes took part in the competition, 94 of which performed in Rhythmic Gymnastics, while 30 in Aerobic Gymnastics.
Athletes demonstrated flexibility, grace & a sense of rhythm. In their performances, the participants performed difficult gymnastic elements with original transitions to the music, which were very pleasing for the audience. The programs of the gymnasts were greeted by the guests with great interest and applause. The audience actively supported the athletes, which gave a positive attitude to all participants at the competition, which they willingly shared in their interviews.
At the end of the two-day competition, there were defined the winners.