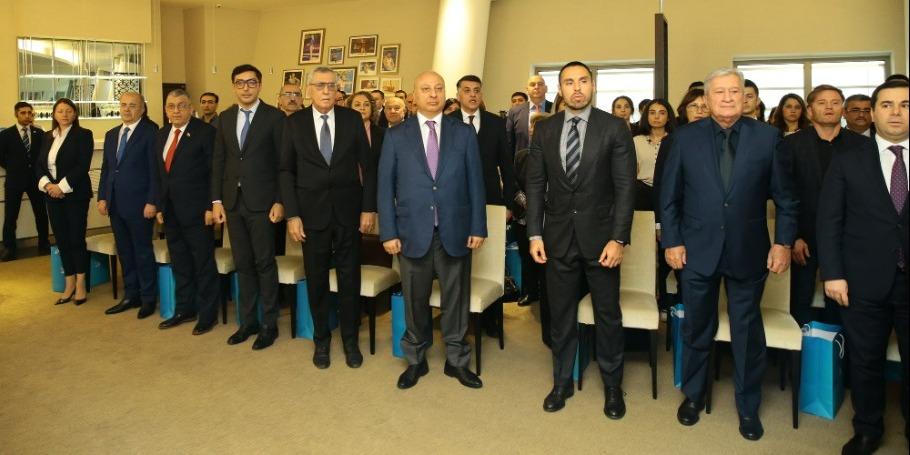 On December 23, there was held the Anniversary event dedicated to the 20th Anniversary of re-establishment of Azerbaijan Gymnastics Federation. At the ceremony attended by officials, there was demonstrated a video dedicated to the Anniversary.
Vice-president of Azerbaijan Gymnastics Federation – Mr. Altay Hasanov, who made a speech at the event, stated that AGF had passed an honorable path. He emphasized that great success was achieved in Gymnastics since First Vice-President of the Republic of Azerbaijan - Mrs. Mehriban Aliyeva led AGF: “Our gymnasts have participated in five Olympic Games, became the winners of the World Championships and other major competitions. Representatives of our Federation were elected to responsible positions at the International Gymnastics Federation (FIG) and European Gymnastics. During this Anniversary year, AGF organized a number of events. The more important of them were the Joint National competitions dedicated to the 20th Anniversary of re-establishment of AGF held in Shaki. Unlike the previous years, the Joint competitions were organized not in Baku, but in the region for the first time”.
Mr. Hasanov emphasized that he believed that our gymnasts will achieve greater results following the traditions established within these years.
Then, the Minister of Youth and Sports – Mr. Farid Gayibov congratulated the Gymnastics family on the occasion of the 20th Anniversary of re-establishment of AGF. There have been celebrated a number of Anniversary in sports this year.
Having mentioning his work & long-term experience at AGF, the Minister emphasized that Azerbaijan Gymnastics Federation achieved great success under the leadership of Mrs. Mehriban Aliyeva.
The Vice-president of the National Olympic Committee – Mr. Chingiz Huseynzada stated that he was especially pleased to participate in the Anniversary event. He noted that a great work had been carried out in the direction of the development of Gymnastics within 20 years by the federation led by Mrs. Mehriban Aliyeva.
“Today, AGF is one of the world’s leading Gymnastics Federations. This year was a memorable year for Azerbaijani sports. In addition to achievements of our athletes, a number of major competitions were held at high-level in our country. Our gymnasts also contributed to these achievements. I would like to mention that sport really begins with Gymnastics & continues with Athletics”.
Then, the Deputy Minister of Youth & Sports – Mrs. Mariana Vasileva, made a speech, emphasizing great achievements made in Gymnastics over the past years: “I would like to thank AGF President – Mrs. Mehriban Aliyeva, who has done great work in development of Gymnastics. I hope that, we will celebrate the 30th Anniversary of re-establishment of Azerbaijan Gymnastics Federation after 10 years together”, - emphasized Mrs. M. Vasileva.
Later, there was held a presentation ceremony of the book called “20 Years of Progress”, depicting the 20-year successful development path of the Federation.
At the end, the participants of the event made congratulatory speeches. 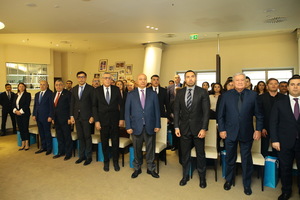 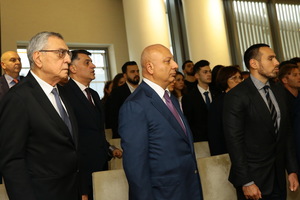 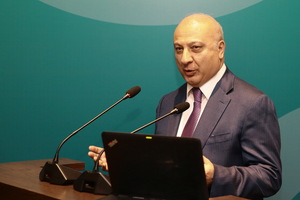 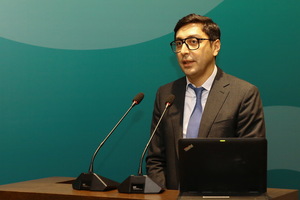 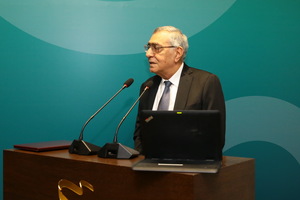 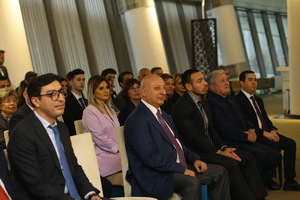 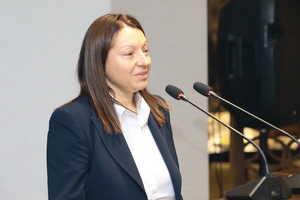 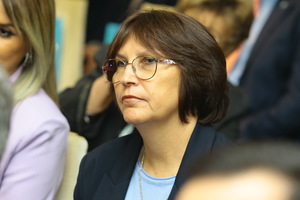 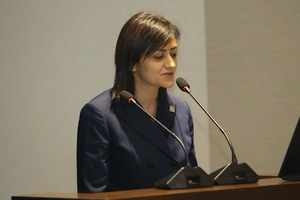 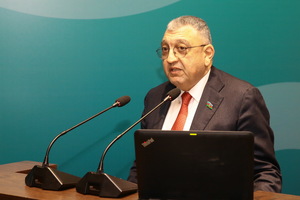