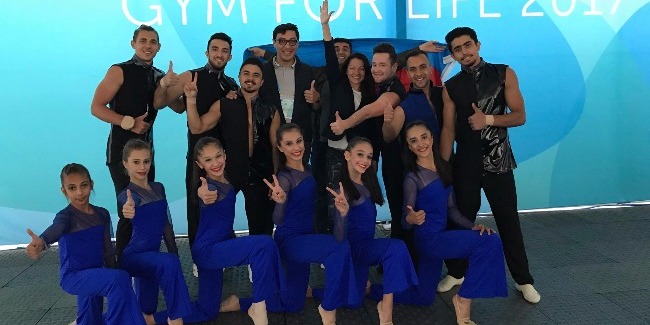 Norwegian capital has been hosting the World Gym for Life Challenge contest for the last few days where more than 2000 gymnasts are participating in from all over the world. The uniqueness of the contest is that the elements of each gymnastics discipline are demonstrated here by people of different ages.

It should be mentioned that the competitions are held among small and large groups. An Azerbaijani Team taking part in the contest among 47 small groups performed in the events of this kind for the first time and qualified to be a part of the Gala which is the gorgeous peak point of the whole show. Among the colourful performances, our team members (Narin Gurbanova, Maryam Safarova, Gullu Aghalarzade, Narmin Jahangirova, Aghasif Rahimov, Nurjan Jabbarli, Abdulla Al-Mashaykhi, Ruhidil Gurbanli, Elcin Mammadov, Vladimir Dolmatov, Orkhan Muradov, Ruslan Eyvazov) managed to skilfully combine elements of rhythmic gymnastics, acrobatics, aerobics and dances. The spectators’ enthusiastic applauses were accompanying them throughout their performance.

In this kind of the contests, all competitors are the winners and all are awarded with gold, silver and bronze medals. But only 6 teams from small groups awarded with gold medals obtained a right to take part in the prestigious final Gala along with the distinguished large groups today.

Apart from the representatives of Azerbaijan, teams from Germany, Austria, Portugal, Italy, Great Britain and Zimbabwe will demonstrate their performances in the category of small groups at the Gala. 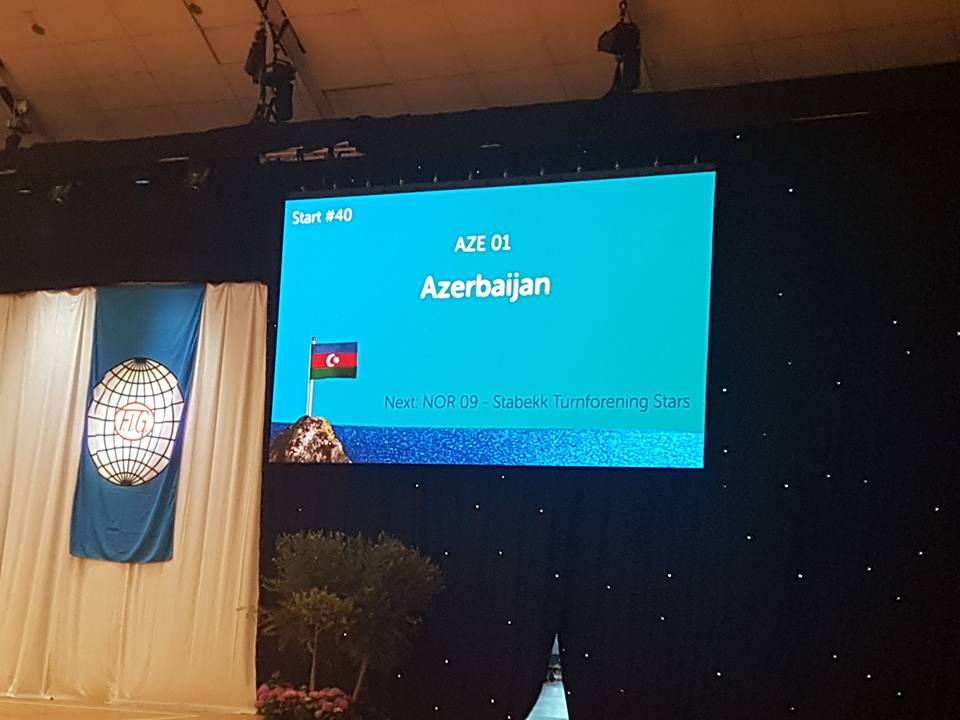 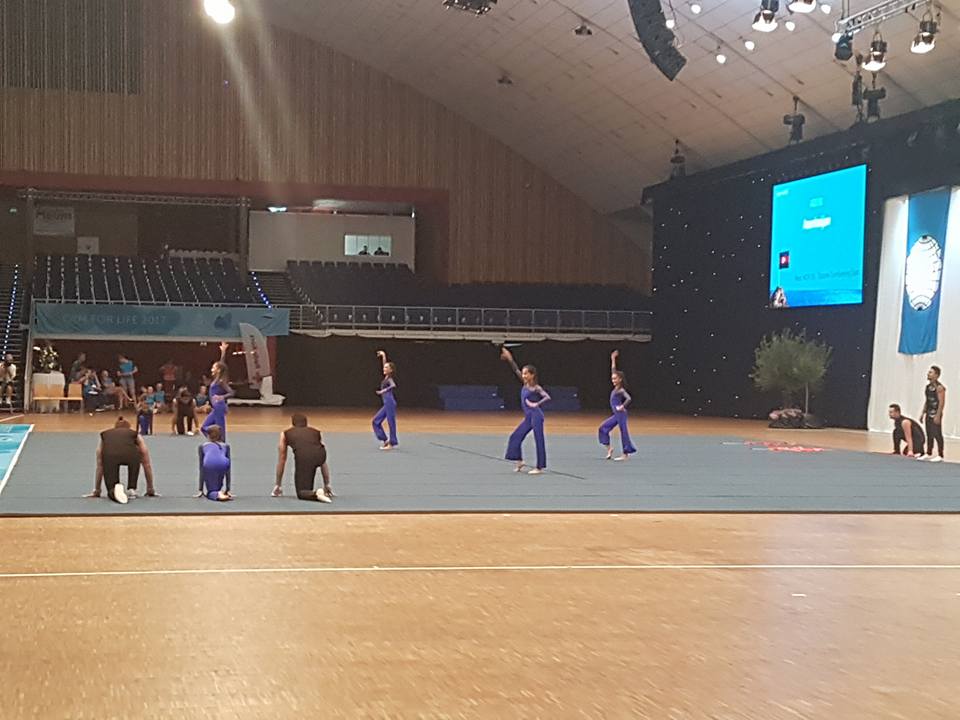