AN AZERBAIJANI GYMNAST MARINA DURUNDA BECOMES THE CHAMPION OF ITALY! 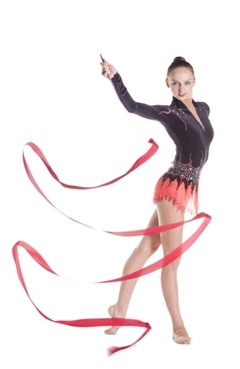 According to the press service of Azerbaijan Gymnastics Federation, A.S.D. Armonia d'Abruzzo-Chieti Club won the final first place due to her performance in many respects. So, Durunda received 16.65 points for an exercise with a ribbon, which became the third result in the team, but, at the same time, the highest result among other competitors performing with this apparatus.

As a newly-fledged winner noted, "November turned out to be very successful for me." "At first, I became the champion of Azerbaijan both in the all-round and with separate apparatus, and, here it was another title. I will further try to show excellent results and I look at 2014 with hope. These both are the European Championships in Baku and the World Championships in Izmir as well as a great number of other significant series and tournaments," Durunda summed up.

While the club-champion and its gymnasts were being applauded in the heart of the Italian boot, the results of the International Judges' Courses in rhythmic gymnastics were summarized in Foggy Albion. Though it was very cloudy and rainy in London during the whole seminar week as usual, dull weather conditions had no negative impact on the Azerbaijani representatives' mood.

One of them - Fatima Shafizada - who is assisting the head coach of the national team at its facilities in Baku - has become the youngest judge holding the International Brevet IV at her 17 (!). By the way, at the beginning of the year, she showed one of the highest results at the FIG Academy Level 1 organized for coaches in Baku.