Azerbaijan is represented at “TeamGym” European Championships for the first time 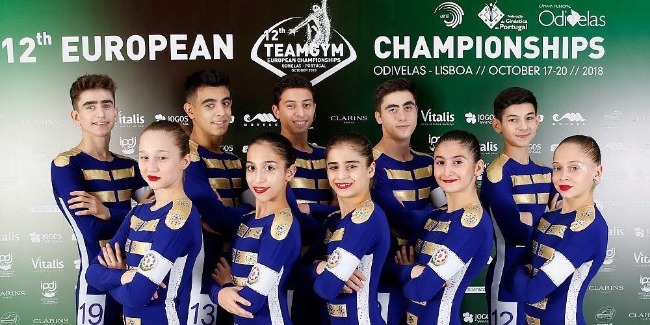 On October 17, the 12th  European Championships in “Teamgym” commenced in the city of Odivelas, Portugal.

At this competition, our country competed in the age category of juniors for the first time. Our mixed team, consisting of 10 gymnasts, completed the tournament by ranking 10th.

It should be mentioned that participating countries tested their strength within teams consisting of women, men and both women & men (mixed) in the age categories of “juniors” and “seniors”. All the teams executed their performances on the Floor, the Tumble Track as well as on the Trampet, and the first 6 ranked countries reached the finals according to the total score, received after execution of routines on 3 apparatus.