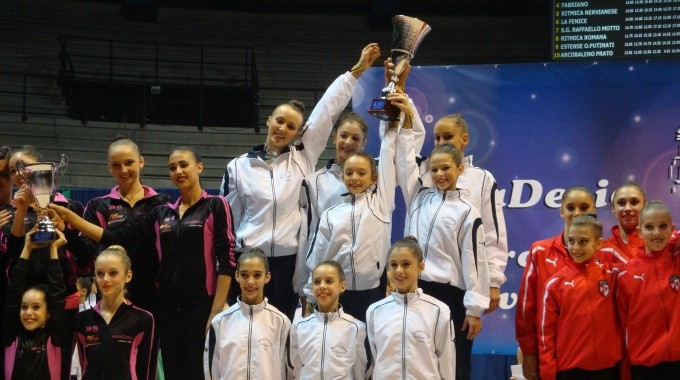 Azerbaijani gymnast Marina Durunda participated in the traditional Italian championship in the A1 series on rhythmic gymnastics, which took place this weekend.

Performing for the Italian Armonia d’Abruzzo club, our gymnast received 17.950 points for the exercise with a ball and showed the best result of the tournament with this apparatus. Thanks to the high results of our athlete, the club scored 98,300 points and took second place in the second stage of the championships. The next stage of the championship will be held on November 14-16, and the final one - on November 28-30.

On the same weekend our country was represented by Nilufar Niftaliyeva at the Grand Prix held in the Czech city of Brno. Following the results of the all-round events, she ranked ninth, gaining a total of 63.950 points. Niftaliyeva also took part in the finals with a ball and a ribbon, where she ranked 5th and 7th respectively.