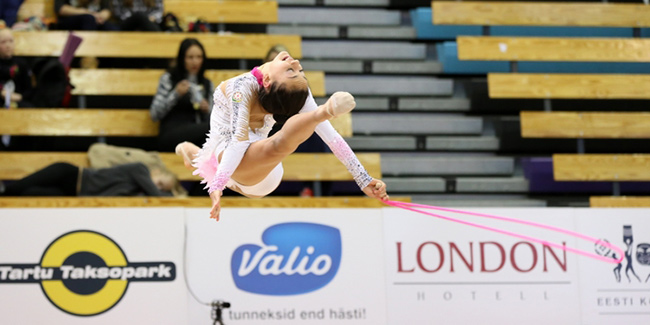 Our senior group team won three silver medals: girls finished second in the all-around, in the exercise with five ribbons and in combination clubs-hoops.

The girls remembered their trip, as they had to stay at the Istanbul airport for about 30 hours, due to weather conditions.

Two other gymnasts Gulsum Shafizada and Aishan Bayramova landed safely in Moscow airport.
Performing at the "Moscow" Grand Prix, Shafizada stood at the seventh position based on results of four performances, and made it to the finals with ball and ribbon. Aishan Bayramova became seventh at the international tournament, which was held in parallel.