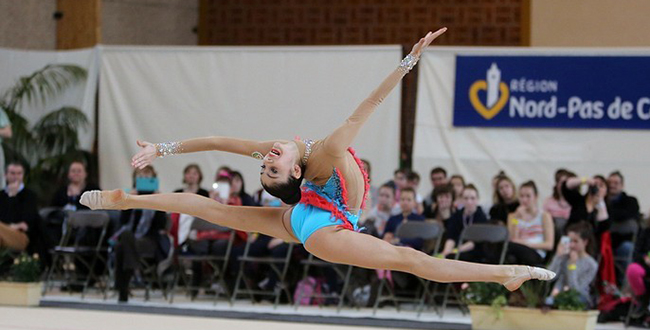 Another stage of the 2015 Rhythmic Gymnastics World Cup wrapped up in Romania yesterday.

Reaching all four finals, leader of our National Team Marina Durunda won bronze in exercise with ribbon. Performing with ball and hoop, she ranked fourth, while following the results of all four exercises she became fifth. In turn, Gulsum Shafizada reached finals with clubs and ribbon, however she stopped a few steps away from medals.

The same time with the World Cup Romanian capital hosted an international tournament, where two our gymnasts - Ayshan Bayramova and Zhala Piriyeva have distinguished.

Thus, senior gymnast Ayshan Bayramova have shown good results, becoming third in the all-around and won two silver medals for the exercises with hoop and clubs. Zhala Piriyeva became second among juniors following the results of four exercises and also showed the best result in the finals with a hoop. Moreover, she won two silver medals (ball, rope) and one bronze (clubs).