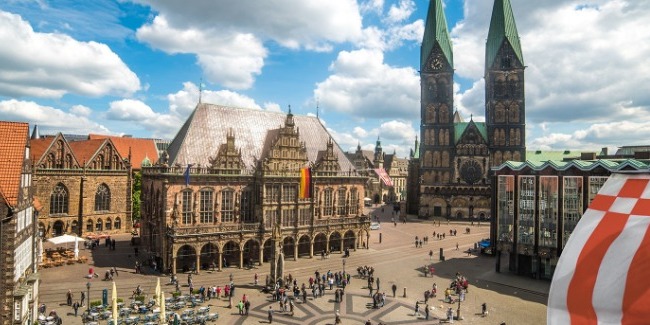 Today, final competitions among senior group teams have come to the end at the European Championships in rhythmic gymnastics held in German Bremen.

An Azerbaijani group consisting of Jeyla Guliyeva, Stefani Trayanova, Anastasiya Prasolova, Nigar Abdusalimova, Jamila Huseynova and Ayelita Khalafova competed in both finals. Having received 25.875 points, our team took the 5th place in an exercise with 3 ribbons and 2 ropes, and the 7th place for a composition with 5 hoops (26 points). In both finals, the victory was celebrated by a Russian group.

On the event’s last day, along with the senior group teams’ competitions, the tournament among junior groups and junior individual gymnasts also took place within the framework of the Youth Olympiad-2010 qualification.

Our gymnasts failed to obtain Olympic licenses under quite hard selection conditions. A group team consisting of Irada Ahadzada, Madina Hasanova, Mansura Mehdiyeva and Aliya Pashayeva took the 3rd place. The only license to Singapore was received by a Russian team which won the 1st place.

We would like to mention that the Azerbaijani national team has won two medals at the present European Championships – “silver” by Lala Yusifova in an exercise with a ball and “bronze” by Aliya Garayeva in the all-around.