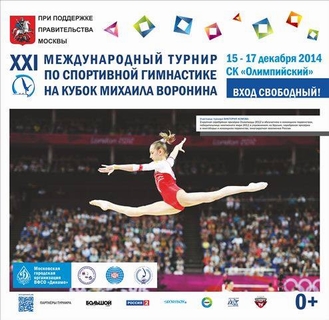 Members of the national team Anna Pavlova and Yuliya Inshina, who won a total of six medals, represented Azerbaijan at the tournament.

Anna Pavlova gained 51.70 points following her performances and became third in the all-around. She also won a bronze medal in the floor exercise, on vault and uneven bars. Both gymnasts stood on a pedestal during the balance beam awarding ceremony. Pavlova became the second, and Yuliya Inshina won bronze performing on this apparatus.

For our gymnasts "Voronin Cup" became the last event of the outgoing year.