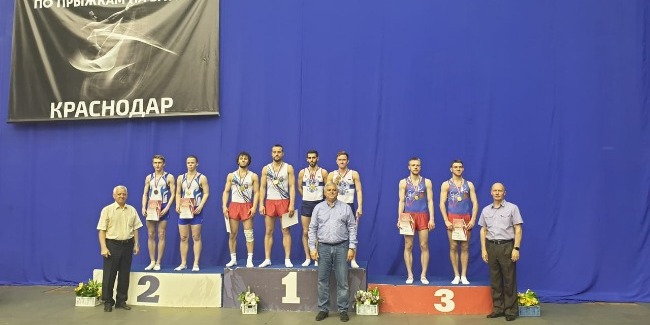 Yesterday, there were held the Final competitions of Trampoline Gymnastics Russian Championships in the City of Krasnodar (Russia).

In the tournament with a participation of more than 600 gymnasts from 35 regions of Russia in total, Azerbaijani gymnasts also performed successfully. Thus, our representatives – Ruslan Aghamirov and Ilya Grishunin won the Gold medal, showing the highest result in Synchro program.