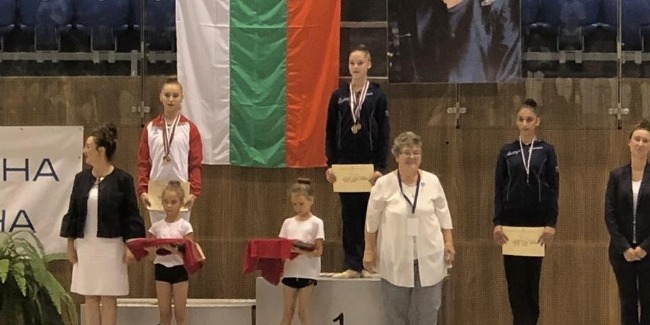 Today, Rhythmic Gymnastics International Tournament has completed its work in the City of Varna, Bulgaria.

At the competitions, Yelyzaveta Luzan and Fatima Akbarova represented our country in Individual program. The gymnasts won 5 medals in total. Thus, at first, Yelyzaveta became the Bronze medalist according to the All-Around results. At the Apparatus Finals, she won the Gold medal with a ball and a ribbon, and her performance with clubs brought her the “Bronze”.

Fatima became the Bronze medalist with a ribbon.