Our representatives in Japan - this time at the World Championships 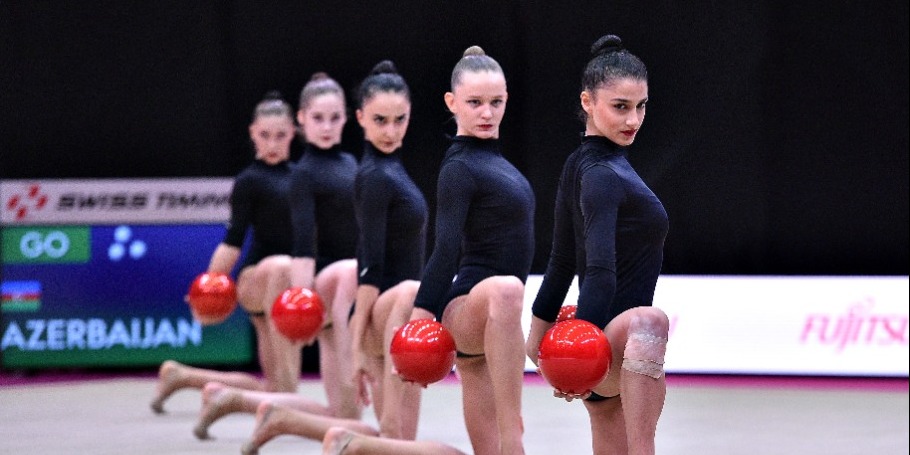 Two months after the Olympic Games our gymnasts visited the "Land of the rising sun" again.  This time, our representatives went to Kitakyushu (Japan) to participate in the World Championships.

At the World Championships held from October 27-31, Azerbaijan was represented by Zeynab Hummatova, Darya Sorokina, Laman Alimuradova, Luzan Yelyzaveta and Gullu Aghalarzade within the team in group exercises, while Zohra Aghamirova, Arzu Jalilova and Narmin Bayramova performed in the individual program.

Our team in group exercises, which impressed everyone with its confident performance on the floor, reached the finals in both types of the program.  In the decisive stage, our gymnasts took the 6th place with 5 Balls, 3 Hoops and 2 pairs of Clubs.

In the All-Around (total of both program events), our group ranked 6th place.

This World Championships was a debut for two of our gymnasts. Arzu - the two-time winner of the first Junior World Championships, and Narmin - the Bronze medalist of the 2020 European Championships performed for the first time at the World Championships among seniors.  After having demonstrated her compositions with 3 apparatus, Arzu showed the best result with the Ball having become the 21st.  Our promising gymnast took the 23rd place in All-Around. Narmin ranked 41st, performing only with a Ribbon.

Our rhythmic gymnasts completed the team competition at the 8th place.