Our Rhythmic gymnasts return from Egypt with medals 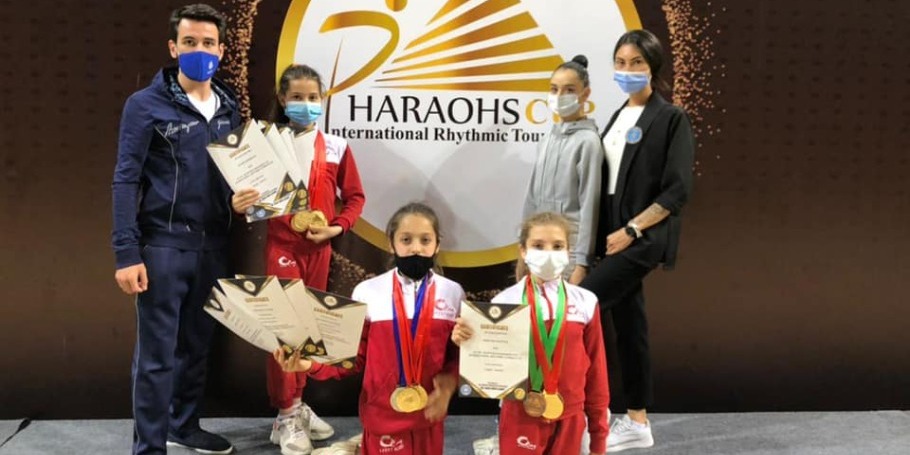 There was held “Egyptian Pharaohs Cup 2021” International Tournament in Rhythmic Gymnastics in Egypt on June 18-20, 2021.

Our Rhythmic gymnasts, performing in this competition, successfully represented our country. Arzu Jalilova took part in the tournament among seniors, while Alina Mammadova performed in junior age group, and Maryam Aliyeva, Govhar Ibrahimova and Aydan Rahimova among pre-juniors accordingly.

Arzu won the Bronze medal for her routine demonstrated with a Ball.

Govhar and Maryam, who competed in Group A in the pre-junior competitions, won in 2 programs. Govhar became the 1st with Clubs, while Maryam ranked 1st with Ball distinguishing herself from her peers.

The girls were able to take a position on the podium in the All-Around and with a Hoop as well. In both programs, Govhar was awarded with “Silver” and Maryam became the Bronze medalist.

Aydan, who competed in Group B of the pre-junior competitions, took the 1st place in all three programs (All-Around, Without Apparatus and a Hoop).

Alina ranked 16th among 45 gymnasts in the All-Around. 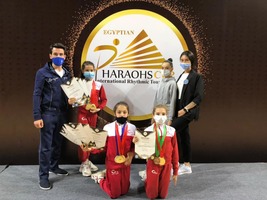 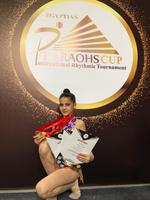 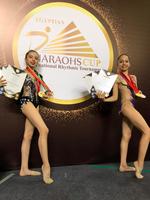 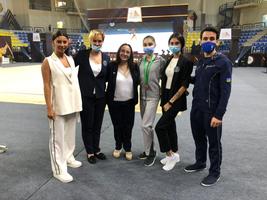