For the first time, 8 Olympic prize-winners perform in Baku 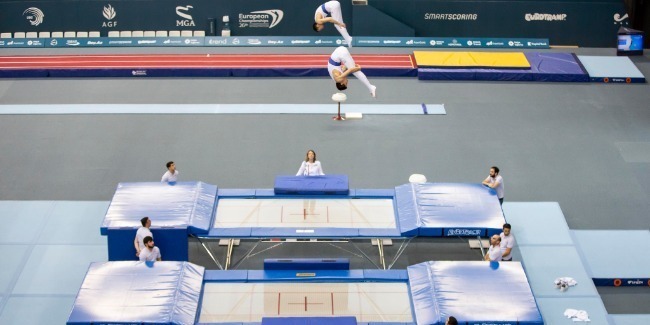 The participants` names of the World Cup in Trampoline Gymnastics and Tumbling to be held in Baku on February 16 & 17, have been announced. The presence of the most famous gymnasts in the nominative list where about 200 competitors from 31 countries are registered, put this event in the limelight. Thus, the Olympic stars - Hancharou Uladzislau, Maclennan Rosannagh, Burnett Jason, Dong Dong , Gao Lei, Ushakov Dmitrii and Page Bryony will compete at this World Cup qualifying for the Tokyo Olympic Games and being one of the most important contests of the year for the jumpers. Baku`s spectators will be able to watch live the fascinating performances of so many Olympic prize-winners.

The World Cup with a participation of not only the Olympic medalists, but also the World & European Championships` prize-winners promises to have the highest level of rivalry.

The list of the men and women stars is as follows:

It should be mentioned that 8 World Cup events qualifying for the Tokyo Olympic Games in Trampoline Gymnastics will be held in 2019 & 2020. And our capital will host 2 of the mentioned competitions (2019, 2020).