GIMATOVA’S BRONZE MEDAL BEFORE THE OLYMPIC GAMES IN BEIJING 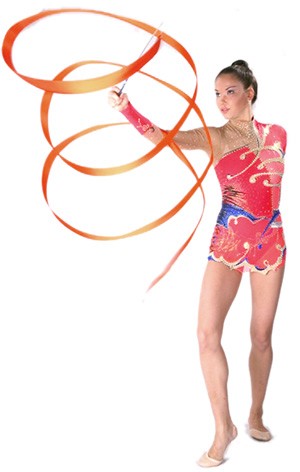 Dinara Gimatova, the participant of the forthcoming Olympic Games in Beijing, has become a bronze medalist of the World Cup in rhythmic gymnastics held in Irkutsk.

According to the press service of Azerbaijan Gymnastics Federation, she won the bronze medal in the final with a ribbon, having won 17.575 points. Gimatova took the 7th places in other performances with a hoop and clubs.

Another owner of the license for the Olympic Games Aliya Garayeva gave her best result also in the final with a ribbon – the 6th place (16.675 points). She became the 7th with a rope, and with a hoop and clubs she was the 8th among the finalists.

And Yevgeniya Kanayeva became the winner in the all-around as well as with separate apparatus. By the way, most foreign specialists believe that namely Kanayeva will be a new Olympic champion.

And according to Gimatova, that tournament was the last for her and Aliya before the Olympic Games.

“Of course, my successful performance on the threshold of the Olympic Games will give me more confidence before Beijing – as it is my first Olympiad! The main thing for us – is health. Now, the final stage of preparation in Japan is waiting for me, Aliya and a reserve gymnast Anna Gurbanova, where we will set out on July 31 and be there till August 16. As to our chances in Beijing, according to the results of casting of lots, Aliya will start her performances on the first day of qualifications under the sequence number 8. And the gymnasts from the group team will also perform eighth with ropes. And as you know, this number coincides with the date and month of the Beijing Olympic Games’ opening. So, I hope this sacred number will bring success both to us and the organizers.”

Other members of the Olympic national team of Azerbaijan – Vafa Huseynova, Anna Bitieva, Valeriya Yegay, Alina Trepina, Anastasiya Prasolova and Dina Gorina performed in the World Cup among group teams in Varna. The gymnasts took the 4th place (32.159 points) in the all-around, and became the 5th in the finals with 5 ropes and 3 hoops / 4 clubs. Bulgarian gymnasts became the owners of the Cup.

The group team will spend the final stage of preparation for the Games at the Olympic Sports Complex in Masalli. The training camp on the south of the country will start on July 31 and last for 2 weeks – till August 16.