Another successful performance in Gymnastics for All 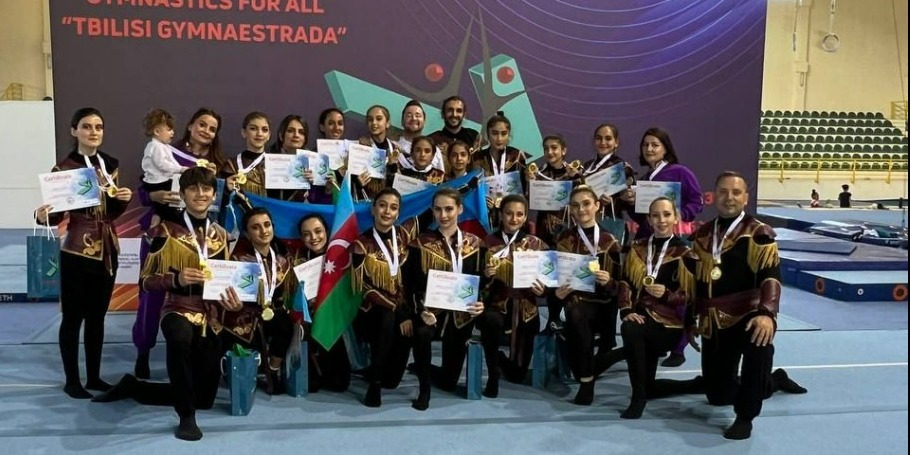 On September 23-25, the Tbilisi Gymnaestrada in Gymnastics for All was held in Georgia. At the competition, 40 athletes in total represented our country within Zira “Eco-Park”, “Moonlight” & “Alov” Teams. At the World Gymnaestrada, where 14 team participated in, all three teams performed successfully and took the 1st place.
“Gymnastics for All” was officially included into the AGF activity, when Azerbaijani gymnasts joined the 15th World Gymnaestrada held in Helsinki (Finland) in 2015.
This Gymnastics discipline, which is very popular in the world, can be engaged by anyone, regardless of age, appearance and physical skills.
Our representatives successfully performed at the competitions held this year. Thus, the Azerbaijani “Moonlight” Team was awarded with the Silver medal at the “European Gym for Life Challenge” festival held in Neuchâtel, Switzerland, on July 10-14, 2022.