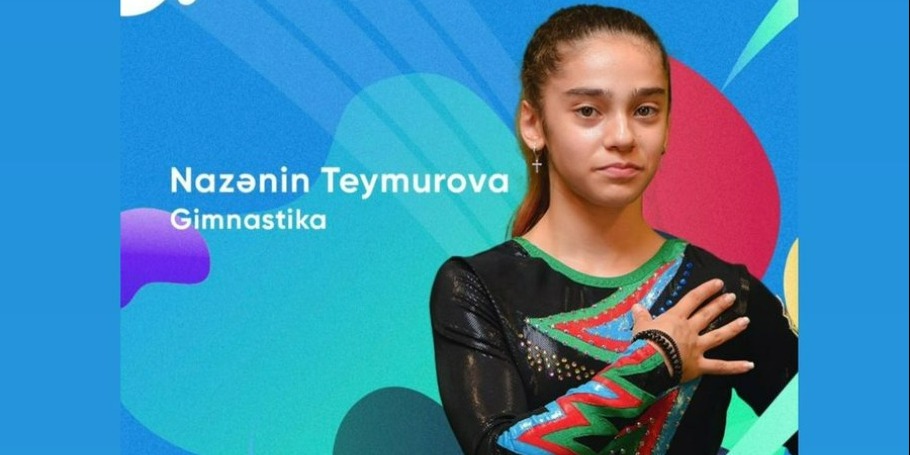 There were held the 16th Summer European Youth Olympic Festival in Banská Bystrica (Slovakia) on July 24-30. About 4,000 athletes from 50 countries in 10 sports disciplines participated in these competitions. In fact, the festival was scheduled to be hosted by this city on July 25-31 last year, but it was postponed due to the coronavirus pandemic. The Men`s and Women`s Artistic gymnasts were traditionally among Azerbaijani delegation, which participated in the festival with 33 athletes.
Our country was represented by Nazanin Teymurova, Duyghu Alizada among women, while Ramin Damirov, Rasul Ahmadzada and Anar Hasanov competed among men.
Our gymnast - Nazanin Teymurova got the best result for our team. She qualified for the Finals on Vault and ranked 5th. It should be mentioned that it is the first time in history of Azerbaijan in this Gymnastics discipline that our junior female athlete qualified for the Final of the European Youth Olympic Festival.
Although Nazanin managed to reach the Finals with her teammate Rasul Ahmadzada in Mixed Pair, unfortunately, the points collected by our athletes were not enough to win the medal. Our representatives ranked 10th. It should be mentioned that Nazanin Teymurova was the flag-bearer of the Azerbaijani National Team at the Closing Ceremony of the festival held on July 30. 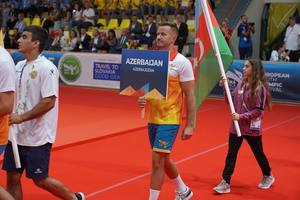