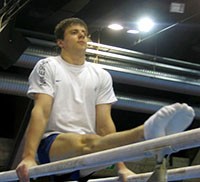 If to proceed from carnival posters, a spring, as a winter, is one of the most cheerful seasons of a year in Italy. For example, a great number of carnivals take place here, which begins with a riding of huge carts with various figures along the streets and ends with a competition for a best mask of a laughter king. Being in Italy, one can go from one carnival to another having fun together with light-hearted Italians who can arrange the best festivals in the world not only for themselves, but for the guests as well. And if to stay here for a little long time, it is possible to see a fiesta in honor of St. Ambrogio in Lombardy– everybody worships him here in Milan – even one of the underground stations has been named after this city’s bishop. The festival usually takes place on the square in front of a splendid basilica. From early morning till late night, it is noisy and crowded and there is smell of flavored coffee and local delicacies on the square, which are in great demand together with souvenirs.

Now, there is also a festival in Milan, but, this time – gymnastics festival. Placards, announcing the European Championships in Artistic gymnastics are posted everywhere, various paraphernalia associated with the championships are sold; local gymnasts are constantly shown on television. People are very interested in this euro tournament, and it accounts for the fact that Mediolanum Forum sports arena was fully occupied during the competitions’ opening ceremony. And all the medalists and new European champions will be known namely on this arena within the next few days. Opening ceremony was dedicated to the motives of a fictional Italian character Pinocchio, naturally, with gymnastics and acrobatics elements.

As to the official part, it began with a parade of participating countries and ended with a speech of Dimitrios Dimitropoulos. It was followed by a final song performed by Italian popular songs’ singer and opera singer.

The sportswomen of 38 countries gathered together in Milan, among which was also Azerbaijan represented by Shakir Shikhaliyev, who had begun to be trained in Germany since January, by our well-known fellow countryman, an Olympic champion Valery Belenky. He will perform in the third group of all-around qualification on April 3.