Gymnasts bring first gold of this year from Hungary! 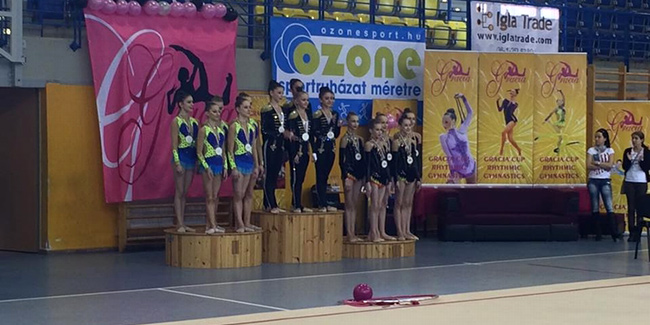 Our athletes, for whom this competition became the first tournament of this year, won eight gold, one silver and one bronze medals. Two "gold" on the account at Ayshan Bayramova (ball and ribbon) and Gulsum Shafizada (hoop and clubs), who also won the "silver" and "bronze" in the all-around.

The second composition of our senior group team won three gold medals - for both finals and all-around.

The audience gave a standing ovation to our junior group team, which performed with five balls at a Michael Jackson’s pep song “Smooth Criminal”. The team also contributed to the common fund winning gold medal for the performance in the final.

The next stage for Azerbaijani gymnasts is the "Moscow" Grand Prix and the “Miss Valentine” international tournament, which will take place in Estonia.