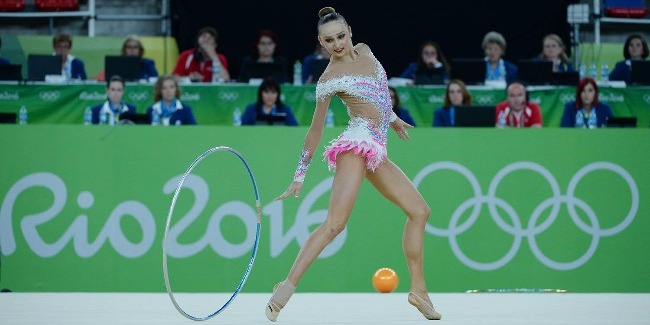 On August 19, there were held rhythmic gymnastics qualifications within the framework of the Olympic Games in Rio de Janeiro where 26 gymnasts from 24 countries competed in.

Azerbaijani gymnast Marina Durunda making a debut at the Games and feeling herself quite confident on the Rio’s Field of Play, demonstrated a real mastery and professionalism. Having received 17.466 points (a hoop & a ball) for the first two exercises each, she, continuing her faultless performances, snatched out from the judges’ hands 17.683 (clubs) and 17.733 (ribbon) points for the remaining two routines. As a result, having scored 70.348 points in total of 4 exercises, Marina strengthened her place among 10 finalists to compete in the all-around final on August 20.