Our team in group exercises wins the “bronze” in Thiais 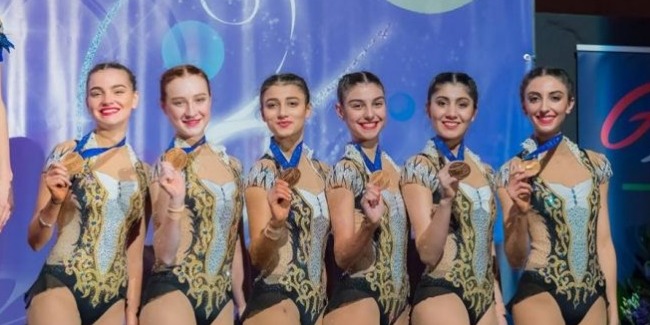 Our Rhythmic Gymnastics team in group exercises has won the bronze medal in the All-Around at the traditional Grand Prix in French Thiais commune.

In the tournament (March 24-25) with a participation of 16 countries, our team consisting of Aliya Pashayeva, Siyana Vasileva, Diana Doman, Ayshan Bayramova, Zeynab Hummatova and Ayna Jafarova could score 15,050 points for their first performance with 3 balls and 2 ropes. Having demonstrated more successful performance with 5 ropes, our rhythmic gymnasts succeeded to receive 17.050 points from the judges.

Thus, our group scored 32.100 points in total of two exercises and mounted the third step of the podium losing only to the representatives of Italy and Ukraine.