SHAKIR SHIKHALIYEV BECOMES THE 6TH AT THE WORLD CUP IN GERMANY 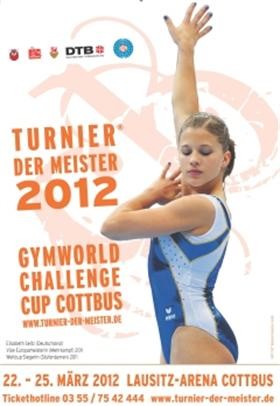 An Azerbaijani gymnast Shakir Shikhaliyev has demonstrated a successful performance at the Artistic Gymnastics World Cup Series Category B held in German Cottbus.
According to the press service of Azerbaijan Gymnastics Federation, having performed a floor combination in the qualification, he managed to reach the final on this apparatus from the 9th place. And the 21-year-old gymnast from Baku showed a series of complicated acrobatic jumps in the final and received 14.375 points as a result which enabled him to take the high 6th place and leave behind his rivals from Spain and Great Britain.
“I think Shakir’s result is a big achievement as a gymnast from Azerbaijan reaches the final of the World Cup Series for the first time within the last decades,” noted our famous compatriot, an Olympic Champion Valery Belenky who currently coaches Shakir. “In final company of distinguished sportsmen, Shakir did not get confused. On the contrary, he demonstrated a European gymnastics and here was the result.”
As a continuation of an Olympic theme, International Gymnastics Federation (FIG) designated an Azerbaijani judge Rza Aliyev (Brevet 3), who has a great experience of judging at 3 European and 2 world Championships), to officiate as a referee at the Olympic Games for the artistic gymnastics. It should be mentioned that it is already the second time when the FIG makes such a decision regarding judging. Previously, Azerbaijan was represented by a judge Larisa Sidorova at the rhythmic gymnastics competitions at t he Olympiad in Beijing-2008.