Success of our junior gymnasts is going on 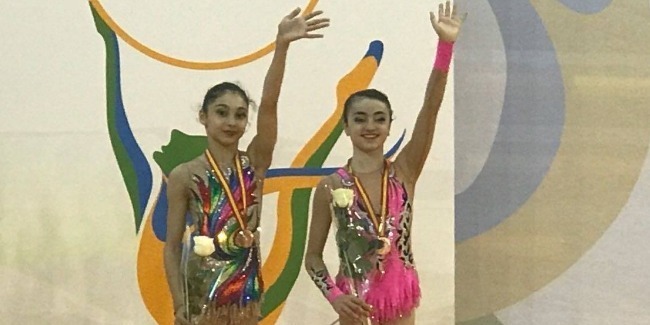 Yesterday, the International Tournament in Rhythmic Gymnastics taken place in Guadalajara (Spain) came to an end.

Our gymnasts, remembered with their successful performances for the last days, are coming back home with medals from this tournament as well.

Thus, having scored 88,550 points in team competition, Narmina Samadova and Arzu Jalilova ranked 3rd and won the Bronze medal. They were followed by another Azerbaijani gymnasts - Darya Farshbafshahriyari and Yelizaveta Luzan, who stopped on the 4th place with 86.950 points.

Our girls also competed in the individual finals. According to the results, Arzu Jalilova took the 4th place in an exercise with clubs and became 7th with a ribbon. Luzan ranked 6th for her performance with a hoop.